A California Bay Area mansion belonging to Elon Musk has been listed for sale with a price of $37.5 million.Tesla CEO Elon Musk had said last year that he doesn't intend to own any houses.
By : HT Auto Desk
| Updated on: 15 Jun 2021, 02:41 PM 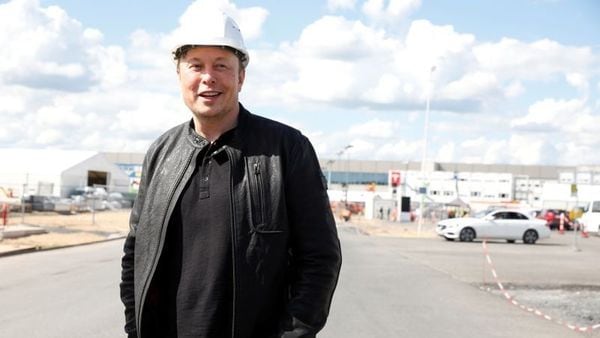 Multi-billionaire and Tesla chief Elon Musk has listed his last home for sale. Musk's California Bay Area mansion located on Crystal Springs Road in Hillsborough has been priced at $37.5 million. Last year, he announced on Twitter that he will be almost getting rid of his physical possessions and doesn't want to own any house.

Located in the south of San Francisco, this is a 16,000 square feet mansion spreads over 47 acres of land. The property has 10 bedrooms and 10 baths and also has a ballroom, banquet room, pool and a garage for eight vehicles. It was purchased by Musk back in 2017 for an amount of $23.3 million. Reports say that this property was mainly used for rental events.

Describing it as a special place in a tweet, Musk said that he wanted to sell it to a large family who will live there. His current residence is in Boca Chica, Texas near his Space Exploration Technologies Corp. Starbase rocket manufacturing plant that he rents for $50,000. He moved there last year.

In 2020, he started selling his properties first with two of his Bel Air assets. Following this, it was also reported that Tesla CEO sold another of his five properties, out of which four of these were in Los Angeles and had a combined price of $62.5 million. One of these houses was dear Elon Musk as it belonged to the famous actor Gene Wilder, the lead actor in the 1971 fantasy film Willy Wonka and the Chocolate Factory.

According to a UK media report, Musk has taken on this route to lessen criticisms of his wealth. He has also gone on record saying that possessions weigh one down. He said, “People say, "Hey, billionaire, you got all this stuff." "Well, now I don’t have the stuff — now what are you gonna do?"