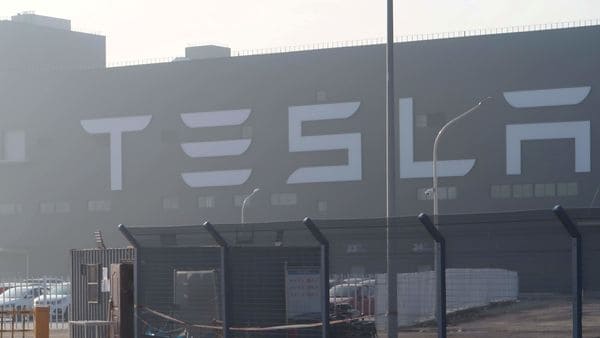 FILE PHOTO: A Tesla sign is seen on the Shanghai Gigafactory of the US electric car maker before a delivery ceremony in Shanghai, China

Tesla Inc Chief Executive Elon Musk has travelled to Germany and plans to interview engineers for the US electric carmaker's new Gigafactory in Berlin in person on Friday.

"Recruiting ace engineers for Giga Berlin! Will interview in person tomorrow on site. Send resume to 25Guns@Tesla.com," Musk wrote on Twitter on Thursday.

A spokesperson for Tesla confirmed Musk was in Germany.

(Also read | Tesla plans to build its fifth gigafactory, but it's not in India)

Tesla is building a new plant on the outskirts of Berlin and Tesla plans to manufacture a new version of its Model Y crossover vehicle with a new structural battery design and technology.

The company plans to start the production of Model Y at Gigafactory Berlin during the second half of 2021.