Tesla rival Skeleton Technologies signed a deal with Marubeni Corporation for the so-called SuperBattery line.These batteries have 15-second charging capability and hundreds of thousands of charging cycles.
By :
| Updated on: 05 Mar 2021, 02:20 PM 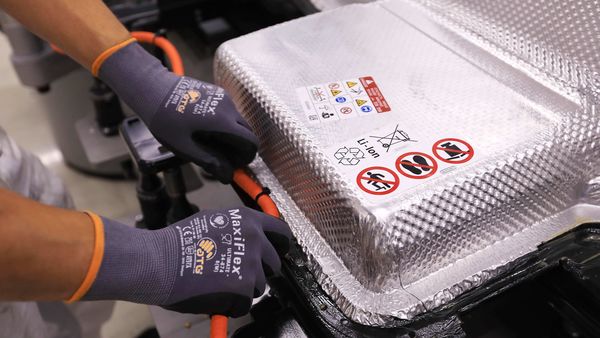 A Baltic battery maker that competes with Tesla Inc will enter the Asian market for electric and hydrogen vehicles through a deal with a Japanese conglomerate.

Skeleton Technologies Group OU signed a deal with Marubeni Corporation, which also made an equity investment in the Estonian company, to expand in the Asian market outside of China and India, it said in a statement.

The deal will focus on the so-called SuperBattery line, which has 15-second charging capability and hundreds of thousands of charging cycles. The product could shore up electrical grid stability and aid electric cars. Skeleton already provides its products for double-decker bus companies, hydrogen trucks and passenger vehicles in Europe.

Skeleton’s batteries can be used in hybrid electric vehicles where “Japanese manufacturers are very strong," Chief Executive Officer Taavi Madiberk said in an interview. They can also be used in fuel cells, he said.

Skeleton raised 41.3 million euros in Series D financing from existing and new investors, it said in November. Madiberk declined to disclose the size of Marubeni’s equity investment made in the battery maker.