If he loses, Musk could pay roughly $2 billion to Tesla and see a dent in his reputation for getting his wayMusk’s net worth of $177 billion is largely made up of his stakes in Tesla and his rocket company, SpaceX; he has few liquid assets.
By : Bloomberg
| Updated on: 10 Jul 2021, 11:28 AM 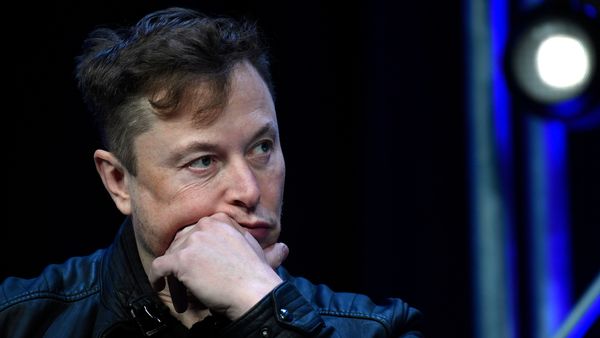 Elon Musk, the world’s second-richest person, faces tough scrutiny of his corporate leadership on Monday when the long-delayed trial over Tesla Inc.’s controversial $2 billion acquisition of SolarCity gets underway in Delaware.

Investors and pension funds who are leading the suit allege that Musk and Tesla’s board breached their fiduciary duties when they orchestrated Tesla’s 2016 bailout of SolarCity, an installer of rooftop solar panels. Musk is the lone defendant; the rest of the board settled for $60 million last year.

Tesla is no longer a struggling startup. The California-based company joined the S&P 500 in December, delivered roughly 200,000 electric cars globally in the most recent quarter and is building new factories in Austin and Berlin. The SolarCity deal looks like a minor blip in the $628 billion company’s drama-filled history. But the questions it raised about conflicts of interest and due diligence remain a shadow over Tesla’s corporate governance that Musk has struggled to shake.

In the trial, there will be no sweeping opening statement, or even a jury: the proceedings take place before a single judge in a recently renovated courtroom. Musk is slated to be the first witness in the case, which is expected to take roughly two weeks. If he wins, and if the judge finds that the deal was a legitimate transaction, it will be another example of Teflon Elon largely escaping consequences.

If he loses, Musk could be ordered to dig into his own pocket to hand back the roughly $2 billion that Tesla shelled out for SolarCity. It would also be a hit to his reputation as a tech titan who nearly always gets his way. Musk’s net worth of $177 billion is largely made up of his stakes in Tesla and his rocket company, SpaceX; he has few liquid assets.

“Chancery proceedings are pretty cut and dry," said Charles Elson, a professor of corporate governance at the University of Delaware. “The theatrics that you can expect in a high profile trial rarely, if ever, exist in chancery. No one wants to lose a fiduciary case, and the fact that this case got to trial tells you that someone thinks there’s something there."

In June 2016, Musk was the chair and the largest shareholder of both companies when he stunned Wall Street by announcing that Tesla would acquire SolarCity in a deal he later called a “no brainer." SolarCity was ostensibly run by Musk’s cousins, Lyndon Rive and Peter Rive. Five years later, Tesla is still best known for selling electric cars, SolarCity no longer exists, and the Rives no longer work there. Tesla’s solar division is now part of what is known as Tesla Energy. Tesla installs regular, flat solar panels as well as a product featuring solar cells embedded in tempered glass tiles called the Solar Roof that has struggled with high installation and labor costs.

Musk has already crossed swords with Randy Baron, a San Diego-based lawyer for the investors, during pre-trial depositions. Musk belittled Baron for suggesting the acquisition amounted to a rescue rife with conflicts.

“To bail out SolarCity was good for the world you’re telling us?" Baron asked in a deposition.

“Advancing solar is absolutely good for the world," Musk shot back. “Do you just think about money? What is your purpose in life?"

Baron’s purpose in the trial is to persuade Judge Joseph Slights III that Musk used his outsize influence and reputation to steamroll Tesla directors into approving the buyout and to manipulate a majority of shareholders to vote for it. The case is what’s known as a shareholder derivative action, where shareholders are acting to protect the company. If the suit is successful, the proceeds go to Tesla, not to the shareholders who brought the suit.

Delaware is the corporate home to more than half of U.S. public companies and more than 60% of Fortune 500 firms. Its chancery court is the premier U.S. venue for resolving big-dollar corporate disputes. The court doesn’t hear jury cases, and the judges can’t award punitive damages. Delaware officials shut down in-person hearings and trials for more than a year in response to the Covid-19 pandemic. Musk’s case is one of the first to be heard live since reopening.

Musk is no stranger to litigation. In December 2019, he prevailed in beating back a high-profile defamation trial in Los Angeles brought by Vernon Unsworth, a caver who played a role in the rescue of a stranded Thai soccer team. As the CEO of SpaceX, Musk sued the Air Force for the right to compete for military launch contracts, and won. The SEC sued Musk over his infamous “go private" tweet from 2018, and hauled him into court in 2019 for violating a settlement agreement.

In addition to Musk, current Tesla board members Kimbal Musk, Ira Ehrenpreis, Antonio Gracias and chair Robyn Denholm are slated to be called as witnesses, along with various employees of banks who worked on the deal. Lyndon Rive and Peter Rive are scheduled to testify, too.

Larry Hamermesh, a University of Pennsylvania law professor who specializes in Delaware corporate law, says that the case will turn on what level, if any, of domination Musk had over the Tesla board in deciding to acquire SolarCity.

“If the directors are found to be beholden to him, then Musk will have to show the deal was entirely fair to Tesla investors," said Hamermesh. “That means he’ll have to show it was a fair price and the approval process was fair. That’s a high standard."