Suzuki Motorcycles, however, is optimistic that its sales in the domestic market this fiscal will be slightly better than last fiscal.
By : PTI
| Updated on: 23 May 2021, 17:05 PM 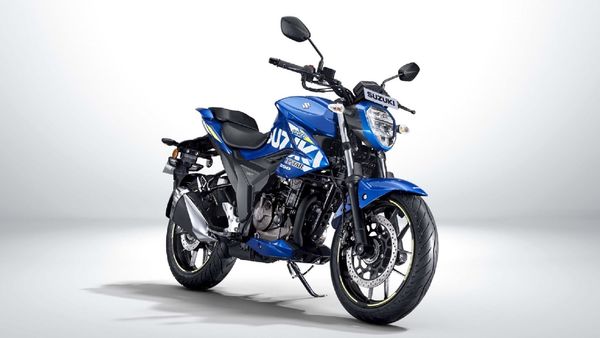 Suzuki Motorcycle India Pvt Ltd (SMIPL), the wholly-owned two-wheeler arm of Japan's Suzuki Motor Corporation, is delaying its 'project' to ramp up production to 10 lakh units per annum by up to one-and-a-half years because of the ongoing coronavirus pandemic, according to a top company official.

The company, however, is optimistic that its sales in the domestic market this fiscal will be "slightly better" than last fiscal when sales had dropped by 23.90 per cent compared to 2019-20.

SMIPL, which had shut its plant for three weeks from April 28 due to oxygen supply constraints, is now coordinating with group firm Maruti Suzuki to address the issue, particularly those of its critical vendors, having resumed production from May 17.

"Because of the COVID-19, starting from last year our project is slightly delayed. Originally we were expecting more progress in these two years but because of COVID-19 the market hasn't grown as expected... Earlier we had planned to enhance production capacity up to one million in this year but physically it is impossible in terms of number of sales," newly appointed SMIPL Company Head Satoshi Uchida told PTI in an interview.

Uchida was responding to a query on how the pandemic has impacted the company's future investment plans in India.

While asserting that the company is bullish on the Indian market in the mid to long term, he said "in the short term we are obliged to delay current investment schedule".

He, however, did not elaborate on the investment for the capacity ramp up to 10 lakh units.

On the current market condition and sales prospects for the ongoing fiscal, SMIPL Vice-President, Sales, Marketing and After Sales, Devashish Handa said, "This financial year we are looking forward to doing better than what we did last year, provided the pandemic situation is also not as severe as what we are going through right now."

Demand side is not much of an issue but it has more to do with the disruptions in the supply chain because of the lockdowns. Also with the oxygen issue, the company has had to make whatever it can, he added.

"We always had a situation with the order book higher than what we could supply. It was more to do with supply limitation. We could not make as much as the demand," Handa said.

Commenting on the oxygen supply issue, Uchida said the company had to close its factory for three weeks shutdown but has resumed operations since May 17.

"What we experienced was that more than our in-house need of oxygen, which is relatively low, it was more critical in our supply chain in some critical vendors. To that effect, there is some support that has been mobilised...We are now coordinating with Maruti, which is actually supporting the vendors (which incidentally are common to both the companies)," he added.

When asked if the pandemic has also affected the company's new model development, Uchida replied in the negative.