Under its EV policy, Delhi government will give incentive of up to ₹30,000 for two-wheelers, autos, e-rickshaws and goods carriers while a subsidy of ₹1.5 lakh will be provided for purchase of electric cars.
By : PTI
| Updated on: 11 Sep 2020, 09:56 AM 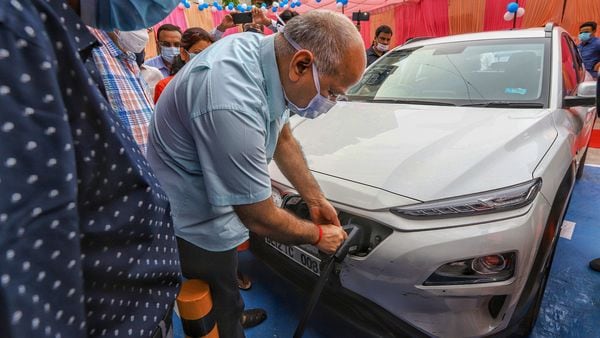 The Delhi government is likely to roll out from next week the subsidy scheme under its newly launched electric vehicle (EV) policy, officials said.

The EV policy of the Delhi government was notified last month. Launching the policy, Chief Minister Arvind Kejriwal had said it aimed at registration of around five lakh electric vehicles in the city in the next five years.

A demonstration of software for disbursal of the subsidy under the policy was made by officials of a private bank in a meeting with Transport minister Kailash Gahlot on Wednesday, said a senior government officer.

"The software developed by ICICI bank will be used for payment of subsidy to the people buying electric vehicles in Delhi. The subsidy scheme is expected to be launched from next week," he said.

Under its EV policy, Delhi government will give incentive of up to ₹30,000 for two-wheelers, autos, e-rickshaws and goods carriers while a subsidy of ₹1.5 lakh will be provided for purchase of electric cars, officials said.

As per the scheme's payment mechanism, the subsidy will be paid to the eligible buyers of electric vehicles within two days, they said.

"The vehicle dealers will access the software and fill the details of the electric vehicle and its buyer at the time of sale. Within 48 hours, subsidy amount will be credited in the bank account of the buyer after verification by concerned motor licencing officers," the government officer said.

The vehicle dealers will have to be self-registered with the Transport department of Delhi government, to be able to process the subsidy at the the time of sale of electric vehicles, he said.

The government will also waive off registration fee and road tax under the EV policy. It will also give low-interest loan on electric commercial vehicles under the policy.