Delhi is steadily becoming the main focal point for India's move towards electric mobility.With plans of ramping up supporting infrastructure, Delhi could pave the way ahead for other cities to follow.
By : HT Auto Desk
| Updated on: 08 Sep 2020, 03:27 PM 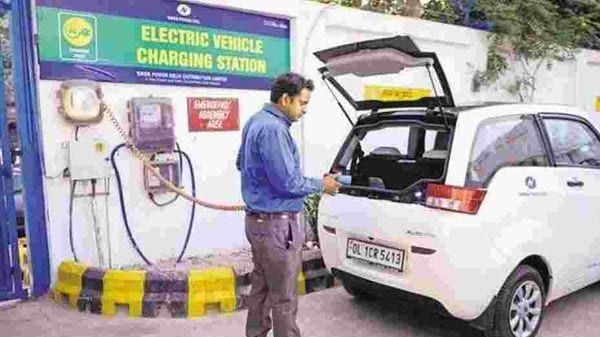 Delhi government is looking at establishing one charging station every three kilometres under its electric vehicles policy.

India is taking small but strong steps towards putting more electric vehicles on its roads and Delhi is well poised to charge up the path ahead with several steps either implemented, announced or in the offing. While more options in terms of electric vehicles is a sure-shot way of popularizing electric mobility, factors such as affordability and supporting infrastructure too play an equally crucial role. These two factors, then, may manifest in their biggest way from Delhi.

The Delhi government in August had announced its 'Delhi Electric Vehicle Policy' with CM Arvind Kejriwal touting it as the best in India and among the best globally. Under it, his government will waive registration fee and road tax, and provide incentive of up to ₹1.5 lakh for new electric cars in the national capital. There will also be incentives of up to ₹30,000 on electric two-wheelers, autos, e-rickshaws and freight vehicle. The policy also envisages installation of 200 charging stations - one every three kilometres. (Full report here)

The move invited positive responses with Society of Manufacturers of Electric Vehicles (SMEV) saying it will provide more push to the existing EV architecture than the current FAME II scheme by the Centre.

The central government also is determined in the cause towards electric mobility and wants to speed up supporting infrastructure. News agency PTI recently reported that there is a plan being considered to put charging kiosks at the around 69,000 fuel stations across the country. Under the new guidelines of the oil ministry, new petrol pumps must have an option of one alternative fuel and that most are opting for EV charging points.

The same report informed that the country's power ministry has also chalked out a plan to focus on Delhi National Capital Region, Kolkata, Chennai, Hyderabad, Bengaluru, Vadodara and Bhopal for creating EV charging infrastructure in cities as well as on highways to encourage people to switch over to electric mobility. "The minister (R K Singh) is of the view that putting up two or three charging stations in any city would be a waste of funds. Besides, the central government is looking at complete electrification of public transport in Delhi, which can later be followed in other cities," a source was quoted as saying. (Read full report here)

A complete electrification of public transport could be a big shot in the arm for the EV movement in Delhi and pave the way for other cities to follow. Delhi Transport minister Kailash Gahlot has been in talks with Singh and has said that the Centre has assured that subsidy will be provided for 1,000 electric buses in the city.

Industrialists like Anand Mahindra are among many who have already said on record that Delhi 'may become the cradle of India's EV movement. And with more and more manufacturers coming out with EV offerings across different segments and price brackets, the rather audacious aim of having all all-electric cars on Indian roads may well be taking shape from the power lanes of the capital city.