Last week, the Delhi government announced its electric vehicle policy, which promises incentives for those who buy EVs in a bid to make the shift to electric mobility more lucrative.
By : Sabyasachi Dasgupta
| Updated on: 11 Aug 2020, 09:26 AM 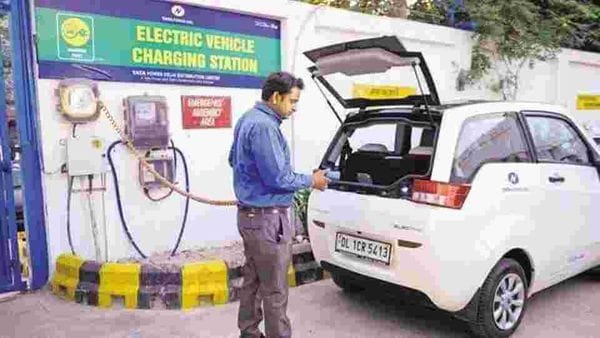 Anand Mahindra, the chairman of the Mahindra Group, has welcomed the new Delhi Electric Vehicle Policy by saying it has set a new benchmark for the rest of the country. He said that the template provided by the Delhi government for EV transition can provide 'new momentum to the movement in India', if it is emulated in other parts of the country.

Taking to Twitter, Mahindra said, "Delhi is rightfully the cradle of the EV revolution. This policy has set a new benchmark. It is a template which, if emulated, can provide new momentum to the movement in India."

Delhi is rightfully the cradle of the EV revolution. This policy has set a new benchmark. It is a template which, if emulated, can provide new momentum to the movement in India... https://t.co/1K1hPLWfl5

The Delhi Electric Vehicle Policy will provide incentives of up to ₹1.5 lakh for the purchase of electric cars. It will also give incentives of up to ₹30,000 on e-two-wheelers, autos, e-rickshaws and freight vehicles. Customers looking to buy an electric vehicle can also benefit from low-interest loans promised in the policy. Car owners aiming for a shift to EVs will also be given incentives to scrap their old vehicles.

Goenka said the company plans for several new launches over the next 12 months as well. "So finding partners for Mahindra Electric won't be such a difficult task as it would be for some other companies," he added.

The company currently has as many as five electric vehicles in production, including the popular eVerito, which serves mostly as cabs in India. In February this year, the company also launched eKUV100 at starting price of ₹8.25 lakh during the Auto Expo 2020.

Goenka had also said that there are 22,000 Mahindra e-vehicles on Indian roads - spanning three and four wheelers. He had highlighted that with manufacturers like Tata, MG and Hyundai entering the electric space, clean mobility has been given an impetus but urged more Original Equipment Manufacturers (OEMs) to join and look for ways to keep prices down so that the technology can reach more and more people.