As Mahindra and Mahindra plans to launch several new electric vehicles over the next 12 months, it feels that finding the right partner for its EV arm - Mahindra Electric - will not be difficult.
By : HT Auto Desk
| Updated on: 08 Aug 2020, 08:28 AM 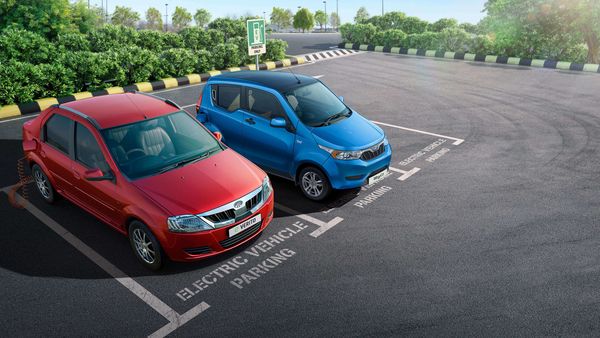 A Mahindra eVerito and e2oPlus seen parked side by side.

In an effort to scale up its electric vehicle business, Mahindra and Mahindra is in search for a partner. The Indian carmaker already has a separate wing - Mahindra Electric - which produces electric vehicles, not only in the passenger vehicle segment, but commercial as well. The Italy-based arm Automobili Pininfarina also builds high-end electric vehicles too.

During a conference call on Friday, August 7, Pawan Goenka, Managing Director at Mahindra and Mahindra, said that the ongoing coronavirus pandemic has not had much impact on the company’s plans to launch more electric vehicles in India. He also said that the time is right for the company to consider a joint venture to boost its chances in the electric vehicle segment.

Goenka said, "We are open to it and working on it. We currently are engaged with multiple interested parties to invest in Mahindra Electric and the process is going on."

Goenka said the company plans for several new launches over the next 12 months as well. "So finding partners for Mahindra Electric won't be such a difficult task as it would be for some other companies," he added.

"We have invested in Bangalore, and just completed investing in Chakan for high range of batteries. We are fairly well invested and that gives us advantage in India which would be driving growth in the segment going ahead," he noted.

The company currently has as many as five electric vehicles in production, including the popular eVerito, which serves mostly as cabs in India. In February this year, the company also launched eKUV100 at starting price of ₹8.25 lakh during the Auto Expo 2020.

The company had earlier said that the electric version of XUV300 will be made available by 2021. Goenka had said last month that while the eKUV100 will be oriented for fleet transportation sector, the eXUV300 will be targeted towards personal car buying segment.

Goenka had also said that there are 22,000 Mahindra e-vehicles on Indian roads - spanning three and four wheelers. He had highlighted that with manufacturers like Tata, MG and Hyundai entering the electric space, clean mobility has been given an impetus but urged more Original Equipment Manufacturers (OEMs) to join and look for ways to keep prices down so that the technology can reach more and more people.

Outside India, the launch of the first super sports car from the Automobili Pininfarina stable, Battista, which was to happen this year, has now been moved to next year due to the Covid-19 scenario.