Stellantis will also use Amazon Web Services for its cloud computing needs, including for product development.Partnership between Stellantis and Amazon follows a growing number of collaborations among carmakers and tech companies.
By : HT Auto Desk
| Updated on: 10 Jan 2022, 17:43 PM 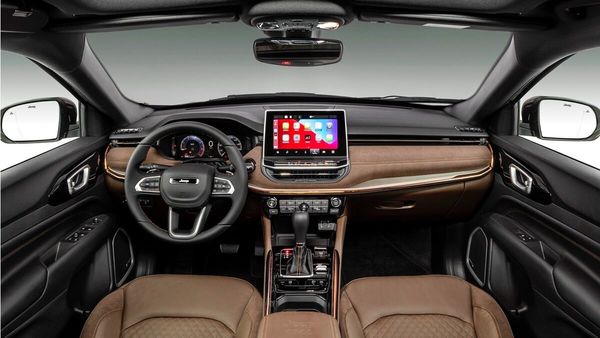 Stellantis on Monday announced that it has joined hands with Amazon to develop onboard electronics systems to integrate Alexa smart assistant to its vehicles including the Jeep and Ram truck brands. The jointly developed software platform will also include AI-based applications for entertainment, navigation, vehicle maintenance, e-commerce marketplaces, and payment services.

Apart from developing SmartCockpit for vehicles, the partnership will also see Stellantis using Amazon Web Services for its cloud computing needs, including for product development. Additionally, Stellantis has been supplying Amazon with vehicles for its own delivery services. The carmaker is the fourth largest auto company in the world, and consists of brands such as Fiat, Peugeot, Citroen and Chrysler.

(Also read | This Jeep Wagoneer's lettering is not your usual badge)

Further, under the partnership deal, Amazon will be the first commercial customer for Stellantis' new Ram ProMaster battery electric vehicle when it launches next year. The carmaker has also planned an investment of 30 billion euros ($34 billion) by 2025 as it moves to electric vehicles, with up to 20 percent expected to go to software.

Partnership between Stellantis and Amazon follows a growing number of collaborations among carmakers and tech companies as they seek to upgrade the driving experience in their vehicles. Last year, Ford announced its alliance with Google, as has French carmaker Renault. Microsoft already has partnerships in place with Volkswagen, and GM for autonomous driving.

With vehicles becoming more connected and autonomous with time, new commercial opportunities are opening up to automakers. Stellantis is expecting to earn four billion euros per year from such services by 2026, which is a tenfold increase from the current time. With its fleet of some 34 million connected connected by 2030, the carmaker expects to earn around 20 billion euros in revenues from such services, about an eighth of current total revenue.