Images shared by General Motors reveal a rectangle-shaped steering handle with a screen fitted in the centre.The images hint that the concept steering wheel will have two drive modes - autonomous and human drive.
By : HT Auto Desk
| Updated on: 26 Aug 2021, 12:18 PM 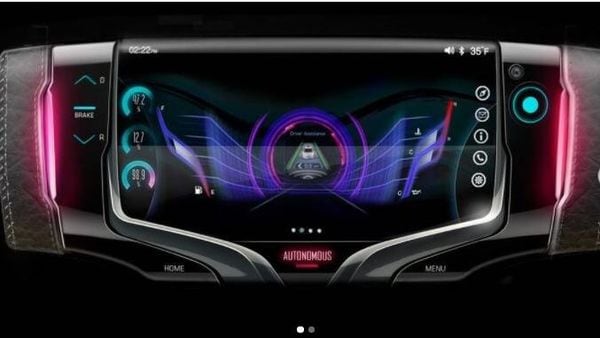 With technological advancements and changes in vehicle designs, auto makers have been trying to go beyond traditional approaches. Through its latest concept design development, US automaker General Motors has entirely changed the look of a steering wheel, which looks more like a video game controller.

The automaker shared images of its concept steering wheel on its Instagram handle with a caption, “Think outside the box." The images show a rectangle-shaped device with a screen fitted in the centre and the edges of the screen cut out in the shape of a Nintendo Switch controller. The edges of the device also have a leather wrapping around them.

The two images posted on social media show different layouts of the centre screen in autonomous and human drive modes. This hints at the fact that General Motor's is looking at a futuristic concept where fully autonomous driving becomes a reality and humans can completely rely on the vehicle if they choose to.

Another thing that is apparent from the images is that the centre screen is a touch screen as it has various touch buttons on it for brake, gear change, etc. The screen also displays information such as speed limit, etc. The dial on the lower left of the screen shows 108 mph, hinting that General Motors expects speed limits to be quite liberal in the future.

Though this video game controller-like steering handle will not appear in a General Motor vehicle anytime soon, and it is just an out of the box concept, there is a possibility that the automaker might actually use it on its future vehicles.

Another example of a tweaked steering wheel is Tesla Model S' yoke steering handle that garnered mixed reactions from users. Though the yoke steering is not a concept but very much a reality, this shows how automakers are defying traditional designs inside vehicles and going for modern, futuristic designs.