In several of America’s biggest auto-making facilities, foot traffic appears to have never gotten back to February levels, according to a geospatial analytics company.However, automakers have cautioned that the number of people in their plants may not necessarily correlate with production.
By : Bloomberg
| Updated on: 13 Aug 2020, 04:59 PM 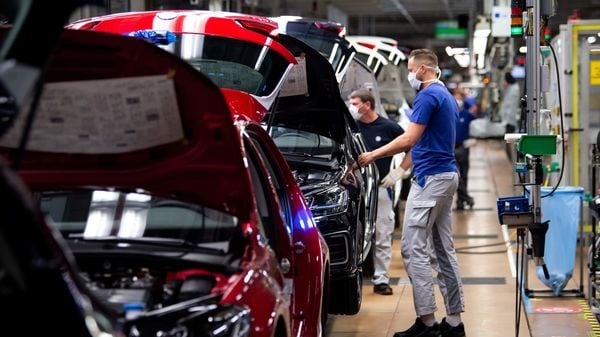 Representational image of a car factory

On the surface, carmakers have staged a remarkable recovery toward pre-pandemic production. But within the walls of US auto plants, it was incredibly challenging to pull off—and is proving difficult to sustain.

Manufacturers rushed to restart assembly lines months ago because sales stayed surprisingly buoyant in the midst of the pandemic. Several companies said they restored output completely within weeks after reopening, and the industry has avoided the nightmarish outbreaks seen at meatpacking plants. But along the way, automakers have been stretched thin by absenteeism, distancing protocols, quarantines and supply-chain constraints.

In several of America’s biggest auto-making facilities, foot traffic appears to have never gotten back to February levels, according to Orbital Insight, which collects a large, stable and nationwide sample of mobile-device location data. While some carmakers downplay the challenges they’ve been having, others acknowledge coming under serious strain in getting their factories fired back up.

The data is surprising because of just how standout a comeback the auto industry has staged. Since April, the motor-vehicle and parts sector has added 289,000 to US payrolls, a more than 45% surge that dwarfs employment growth in other manufacturing categories. Cars also have been the bright spot in the Federal Reserve’s monthly report on industrial production. Boeing Co., by contrast, continues to be plagued by scrapped orders that have had a debilitating effect on other aviation businesses, including jet-engine maker General Electric Co.

Toyota Motor Corp.’s factories are emblematic of the unevenness of the foot-traffic recovery across some of the industry's most important plants. Activity is picking back up at its Highlander sport-utility vehicle factory in Indiana but lagging at its facilities making trucks in Texas and Corollas in Mississippi, according to Orbital Insight’s data.

“We do not anticipate our operations to ‘return to normal’ for some time," Toyota said in an emailed statement.

Other plants that are far from bouncing back or struggling to sustain their foot-traffic recovery include two key Ford Motor Co. SUV facilities, a Daimler AG factory that is a key source of Mercedes-Benz vehicles globally and Kia Motors Corp.’s only US manufacturing site.

Automakers caution that the number of people in their plants may not necessarily correlate with production. Foot traffic at Ford’s factories is down primarily because the company is limiting admittance to critical staff, a spokesperson said. Many suppliers that drop by in normal times have called off visits. Public tours have ceased at its full-size pickup plant in Dearborn, Michigan.

(Also read: 'It's amazing': SUVs can wait as Toyota says its sedans are still going strong) 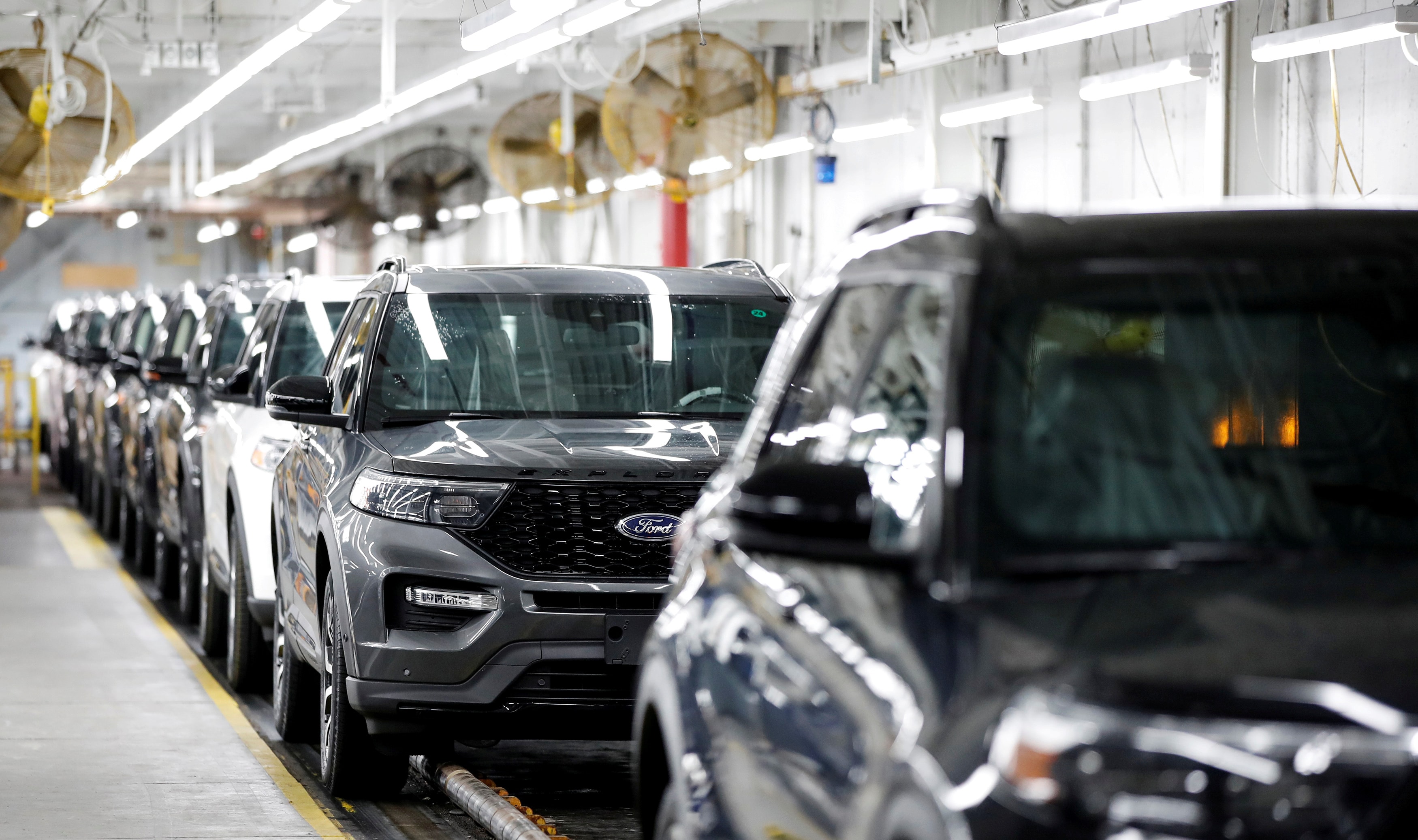 Gary Johnson, Ford's chief manufacturing and labor affairs officer, acknowledged at an Aug. 3 investor conference that automakers and their suppliers have been struggling with absenteeism. But said the company says it has been operating at close to 100% of pre-virus production levels.

For Ford and General Motors Co., the stakes involved in keeping plants cranking out vehicles—particularly pickups and SUVs—are massive. GM almost broke even in North America during the second quarter, a phenomenal feat considering the amount of time its plants were shut down during the period. But both companies count on the region in normal times for vast portions of their profits.

At GM, production was down for eight out of 13 weeks during the quarter. The number of vehicles it shipped to retailers plummeted 62%, and US inventory is a little more than half what it was a year ago. Yet Dhivya Suryadevara, the automaker’s departing chief financial officer, cautioned last month that wholesale levels will remain below normal in the second half.

“Even though production is running all-out, it is not quite back at the levels, that pre-Covid ability to run all-out," Suryadevara said during GM’s July 29 earnings call. She is leaving the automaker to become CFO of financial-technology company Stripe.

While the Orbital Insight data suggest that foot traffic at GM’s truck factories in Michigan and Indiana hasn’t gotten back to where it was in February, the two facilities are among those that have recovered the most. Dealers are champing at the bit for Chevrolet Silverado and GMC Sierra pickups—“Send me all you can get" was the message Mike Jackson, chief executive officer of retailer AutoNation Inc., delivered on Bloomberg Television in May.

But production may not return to normal this year because of weak demand from fleet customers—both rental companies and government agencies—and since the company is not running plants on overtime, said Jim Cain, a spokesman. GM has kept open facilities in Texas and Missouri despite calls by the UAW to shut them down over Covid-19 concerns.

Elon Musk has not brought up absenteeism specifically regarding Tesla Inc.’s lone US auto assembly plant, although the CEO did allude to “a bunch of firefighting on supply chain and production issues" during the electric-car maker's July 22 earnings call. 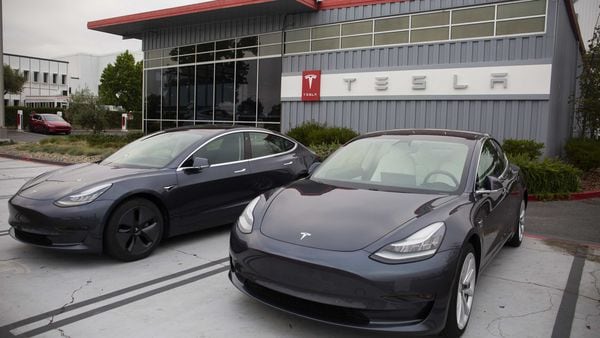 Representatives for Tesla didn’t respond to requests for comment on Orbital Insight’s data, which suggests there has been a bit of a decline in foot traffic since June at its plant in Fremont, California.

Orbital Insight detected a pick-up in activity around the time that Musk said he would reopen the facility regardless of a local shutdown order. By the time county authorities signed off on the company resuming production, the number of devices detected was close to the levels seen before the CEO gave in to pressure to suspend operations in March.

In a regulatory filing last month, Tesla said its ability to sustain output will depend in part on “a stable and motivated production workforce."

BMW AG resumed the first shift at its X3, X5 and X7 SUV factory in Spartanburg, South Carolina, in early May after a five-week hiatus. It took until the end of the month for the German carmaker’s supply chain to return to full strength and enable the company to restore a second shift, said Phil DiIanni, a spokesman. All furloughed workers have been reinstated since then.

Production at the plant—its largest in the world, employing 11,000 and boasting annual capacity to make 450,000 vehicles—has approached pre-virus levels, DiIanni said, and BMW has trained staff to be able to fill in at different stations to maintain output.

Daimler, on the other hand, appears to have much lower foot traffic at its Mercedes GLS and GLE SUV factory in Alabama than it did in February.

While staffing levels haven’t been impacted at the plant—it had more than 4,200 employees at the end of last year—Daimler has staggered shifts to reduce personal contact as much as possible, according to a spokesperson. Those who can complete tasks at home are working remotely, and the company is limiting non-essential business visits.

Volkswagen AG described similar measures at its assembly plant for Atlas SUVs and Passat sedans in Tennessee. Staffing is at normal levels and the company is actually hiring, according to Mike Tolbert, a spokesman. Office and support staff are working from home, and VW is staggering shift start times and breaks to reduce the amount of foot traffic at any one time. 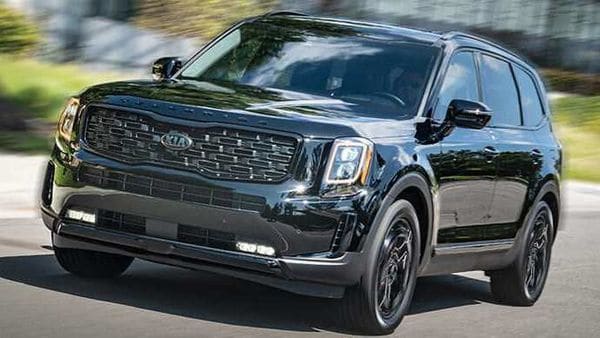 Production is back to where it was pre-virus, and the company remains on schedule with an expansion of its facility for electric vehicles that will be completed by the end of this year, Tolbert said.

Honda Motor Co. has had to get creative.

As with other automakers, the Japanese company isn’t just requiring employees who test positive for Covid-19 to quarantine but also those staffers who may have come into contact with them. This has led to worker shortages and spurred the carmaker to ask some US office employees to join assembly lines so it can keep up with consumer demand.

Kia also is looking to make as many of its hot-selling Telluride SUVs as it can in Georgia, but it’s had to gradually restore output due to supplier constraints.

“Absenteeism has been higher as a result of the pandemic but has not resulted in reduced production," said Patrick Sands, a US-based spokesman for the South Korean company.