The first-ever Saudi Arabian Grand Prix saw two crashes.The track in Jeddah is one of the fastest anywhere in the world but the high-speed corners also bring significant challenges.
By : HT Auto Desk
| Updated on: 31 Jan 2022, 12:08 PM

File photo: A woman stands next to an image of Valtteri Bottas before the race at the Jeddah F1 circuit.

Saudi Arabia hosted its first-ever F1 race in December of last year and while there was much splendour and some pomp all around, the race itself was marred by numerous on-track incidents which resulted in several pauses. The worst of it though was when two F2 racers had to be hospitailized after a horrific crash in the race before the marquee event. After nearly two months, organizers have come out to confirm that minor adjustments would be made to the track to ensure that driver visibility around corners can be enhanced.

The 6.1-km long Jeddah Corniche Circuit was the second quickest track on the F1 2021 calendar, after Monza in Italy. It is also the fastest street circuit. But while the long straights make for exciting sprints, drivers like Sergio Perez of Red Bull also called it ‘very dangerous.’ Many others too have said that while F1 racing is all about the thrill of sheer speed, safety of drivers is above all else. 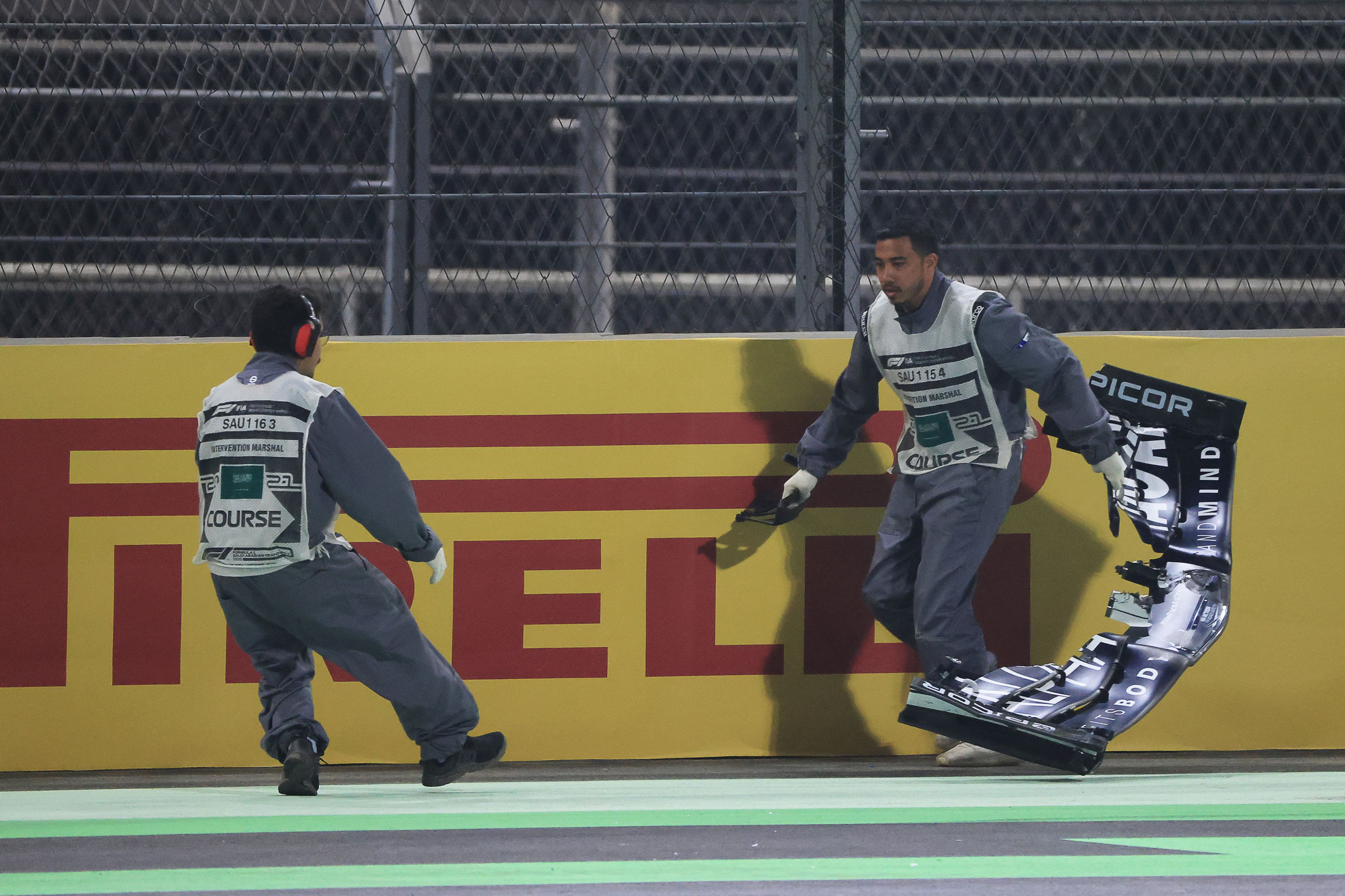 File photo: A race marshal clears debris from the car of AlphaTauri's Japanese driver Yuki Tsunoda after a crash during the Formula One Saudi Arabian Grand Prix. (AFP)

It is perhaps to enhance safety that organizers here are making minor adjustments. "Firstly, there are going to be one or two slight changes to the track. These tweaks are directly related to a drivers’ sightline from the cockpit," said Saudi Motorsport Company Chief Executive Martin Whitaker. "It’s minimal work, but it will help improve forward visibility in a couple of corners."

The inaugural F1 race here was marred by two crashes and there has been growing murmur about the safety angle in and around the circuit. The high-speed corners have walls which, many drivers say, can hinder vision and prevent those at the back from spotting slower-moving cars in front.

The changes to improve visibility is likely to be completed well before the next edition of the Saudi Arabian Grand Prix which will be held on March 27, a week after the season-opening Bahrain Grand Prix.