The Rolls Royce Cullinan in petrol variant has been registered by RIL at the Tardeo Regional Transport Office in South Mumbai.
By : HT Auto Desk
| Updated on: 05 Feb 2022, 10:01 AM 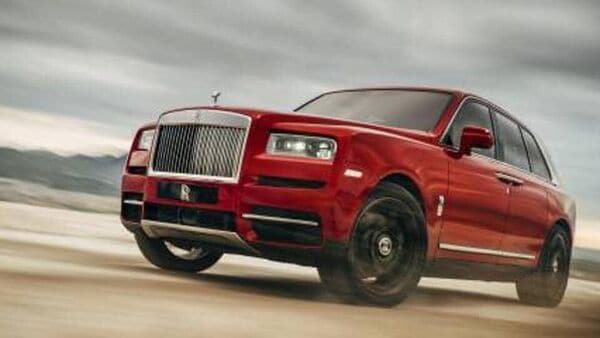 Head of Reliance Industries (RIL) Mukesh Ambani has bought an ultra-premium Rolls Royce Cullinan with a whopping price tag of ₹13.14 crore. The Rolls Royce Cullinan in petrol variant has been registered by RIL at the Tardeo Regional Transport Office in South Mumbai on January 31, said officials.

The luxury SUV launched in 2018 is priced at ₹6.75 crore, though it is being guessed that personal customisation might have pushed the price up. According to a PTI report, Ambani has opted for Tuscan Sun colour sporting a V12 engine capable to produce a power of 564 bhp. A special number plate worth ₹12 lakh has also been obtained for the car, stated RTO officials. It is being said the number on the car plate ends with '0001’ and since the current series has already been taken, a new series had to be introduced. With written permission from the Transport Commissioner, RTO offices can start a new series for assigning registration mark 0001 for which the applicant will have to pay three times more than the fee specified for a regular number, they added.

Also, a one-time tax of ₹20 lakh has been paid by RIL for the luxury SUV whose registration is valid till January 30, 2037, and another sum of ₹40,000 has been paid towards road safety tax. This car purchase is being believed to be one of the most expensive ones in the country, shared one RTO official.

The Rolls-Royce Cullinan has been named after the largest diamond ever discovered. The premium automaker has claimed this all-terrain high-bodied car is the most practical Rolls-Royce ever. The super-luxurious SUV features a 6.75 litre twin-turbo V12 Rolls-Royce engine that generates 563bhp and a massive torque of 850Nm with an all-wheel drive and all-wheel steer system.