The second Rolls-Royce Boat Tail is expected to retain the extended rear along with wood veneers on the aft deck.
By : HT Auto Desk
| Updated on: 17 Jan 2022, 12:38 PM 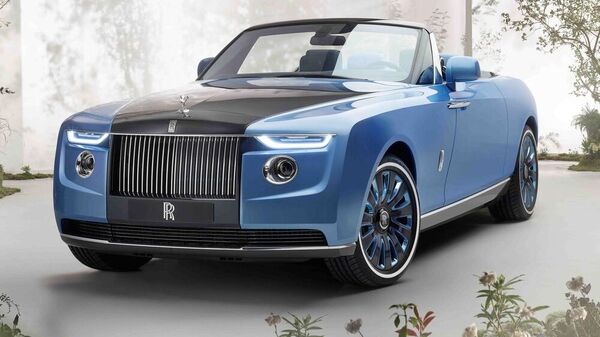 Luxury car manufacturer Rolls-Royce has confirmed that the second unit of its marquee product Boat Tail will make its public debut at Villa d’Este in the first half of this year. The luxurious event that takes place on the banks of Lake Como in Italy is scheduled to happen from May 20 to 22.

Last October, Rolls-Royce introduced the Boat Tail luxury vehicle at Concorso d’Eleganza Villa d’Este as a bespoke creation built by hands by the Rolls-Royce Coachbuilding department. It is the most expensive car in the world at $28 million, and only three such examples will ever be made by the carmaker. While the first one was shown to the public last year, the second unit is being readied to marvel the public this year.

While the carmaker hasn't disclosed any details about the second Boat Tail, the vehicle is expected to be different from the first one as it supposed to be bespoke, as per the preference of the client. Both the bodywork and interior of the vehicle is designed and produced according to the exact specifications of the clients. The creation is an epitome of the romantic tale of Rolls-Royce’s history, which echoes a the design of a boat's tail without explicitly mimicking it.

However, the second Rolls-Royce Boat Tail is expected to retain its 19-feet length as well as the wrap-around windshield. The extended rear end too is expected to be present in the second version along with the wood veneers on the ‘aft deck’.

As for the engine, it is safe to assume that the vehicle will be powered by the same twin-turbo 6.7-liter V12 as the rest of the Rolls-Royce range. It can churn out up to 563 horsepower (420 kilowatts) in the Cullinan and Phantom, while the Black Badge models have up to 600 hp (447 kW) of power output.