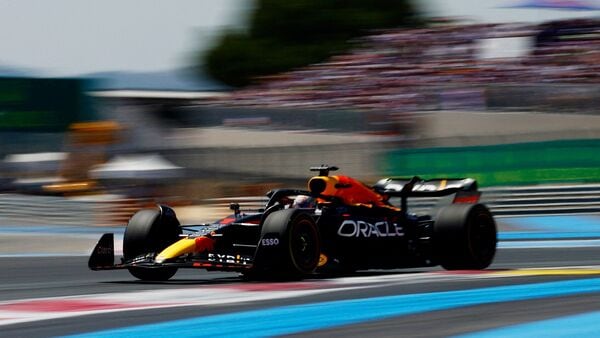 Red Bull is currently at the top of the championship table in the ongoing season.

Porsche is reportedly planning to buy a 50 per cent stake in F1 racing team Red Bull, marking the return of the sports car maker to the fast lanes. According to media reports, this would help both companies to meet F1's 2026 engine rules. Reports also suggest Red Bull and Porsche could officially announce their partnership on August 4th.

Till now, Red Bull was sourcing engines from Honda. The deal with the Japanese manufacturer was that Red Bull will use their engines till 2025. Unfortunately, Honda left F1 at the end of the 2021 season. On the other hand, Red Bull formed a new subsidiary called Red Bull Powertrains. The manufacturing company was opened to make engines rather than take from Honda. The newly developed engines could also make their way to Red Bulls' AlphaTauri race team. This is because developing engines from the scratch can be very expensive and it simply makes more sense to source the engine from someone else.

Volkswagen's CEO announced that Porsche and Audi will be entering Formula One motor racing. Where the details about Porsche have been somewhat revealed, Audi is still a bit behind in the process. On the other hand, Volkswagen is heavily invested in making electric vehicles. They are working on new electric vehicles as well as batteries. They are doing this to clean up their image after the Dieselgate emissions scandal that happened a few years ago.

Porsche is also focusing on their electric vehicles. As of now, they only have the Taycan EV in their line-up but it is also a very successful product. The next EV launch from Porsche will be the Macan EV which should launch in 2024. Then we are expecting them to launch an electric version of the 718 sports car. The manufacturer is also working on a new flagship electric SUV. It will sit above the Macan and Cayenne.