Porsche reaches deal with California authorities that now allows it to sell the new 911 GT3 with a six-speed manual gearbox.Previously, Porsche had received a notification from California Highway Patrol which essentially meant the version with manual gearbox could not be sold.
By : Bloomberg
| Updated on: 24 Jun 2021, 08:23 AM 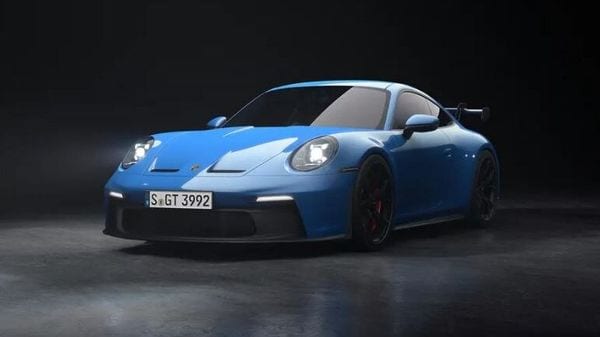 After announcing that it would not sell a manual version of its top-of-the-line 911 sports car in California , Porsche has changed its tune. Or , more accurately , it got the California DMV and California Highway Patrol to change theirs.

“Following consultations with California authorities , Porsche Cars North America is pleased to confirm that its dealers will be able to sell the new 911 GT3 with a six-speed manual gearbox – meaning that , when the first cars arrive in the fall , they can be legally registered and driven in all 50 states ," a Porsche spokesperson said in an emailed statement June 22. Porsche had initially confirmed June 15 that the 911 GT3 sports car did not comply with California state guidelines regarding vehicular noise.

During a phone call June 22 , a Porsche spokesperson said he was not aware of the details of the new arrangement between the Stuttgart , Germany-based automaker and the Chippies , but he did confirm the car remains unchanged.“It’s something that is the result of work in the past week by the California DMV and CHP to find a solution to the matter ," he said. “They’ve been able to help identify a path forward from a regulatory perspective that will allow the car to be sold in that part of the country. It is a regulatory solution to the problem , it is not a mechanical change. There has been no physical change to the vehicle."

The 911 GT3 arrives in the United States this fall. It joins 16 other Porsche model variants that can be specified as three-pedal stick-shift cars rather than automatic paddle-shifters.