A series of Tesla vehicle battery fires have prompted investigations by the U.S. National Transportation Safety Board, in part to understand the risks posed to emergency responders.
By : Bloomberg
| Updated on: 19 Feb 2020, 09:02 AM 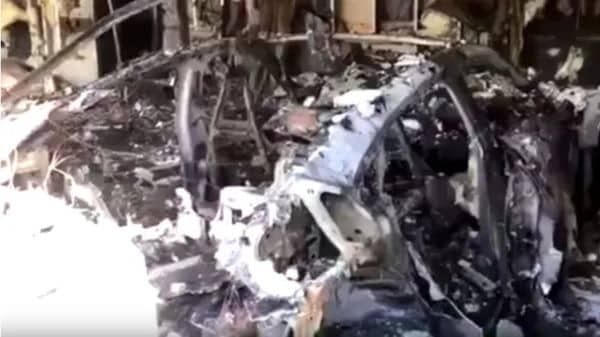 Porsche confirmed one of its new Taycan electric cars has caught fire in the garage of a U.S. customer, marking the first such incident since Volkswagen AG’s sportscar division started deliveries of the four-door sedan last year.

Porsche was notified of the fire on Sunday and is investigating the cause, the company said in an email.

“No one was harmed in this incident, and it is too early to speculate on the cause until the investigation has been concluded," the company said in the statement.

Reports about burning electric cars like a Tesla Inc. model that caught fire in a Shanghai last year tend to go viral on social media, even as there is little evidence that suggests battery-powered cars are more likely to catch fire than gasoline ones.

A spokesman for the National Highway Traffic Safety Administration, the U.S. auto safety regulator, had no immediate comment on whether the agency would examine the fire.

A series of Tesla vehicle battery fires have prompted investigations by the U.S. National Transportation Safety Board, in part to understand the risks posed to emergency responders. An NTSB spokesman said the agency is not investigating the Porsche fire.

The fire was reported earlier by online publication Elektrek.