Porsche may equip its future electric cars with lithium-silicon batteries which are more efficient than conventional li-ion batteries.
By : HT Auto Desk
| Updated on: 05 May 2022, 06:23 PM 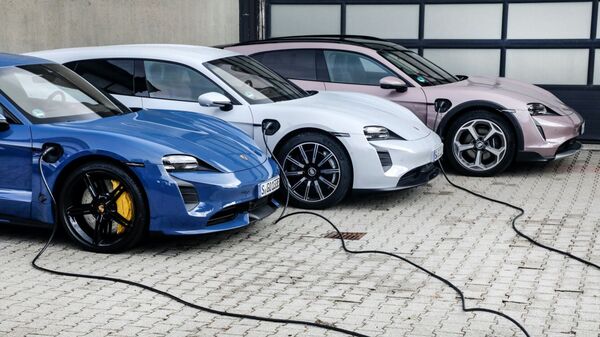 Porsche aims to use more powerful and energy-concentrated batteries in its future EVs.

German luxury high-performance car brand Porsche is betting big on new battery technology for its future electric cars. The Volkswagen AG owned auto company has announced that it invested $100 million in a Series C funding round into Group 14 Technologies, which is a US-based company working on lithium-silicon technologies. The company is also aiming to accelerate its worldwide production of anode material for lithium-ion batteries.

The company claims that with this funding, it aims to produce self-developed high-performance battery cells with silicon anodes for small series production, motorsport and high-performance vehicles. These batteries are claimed to store 50 per cent additional energy than traditional graphite anodes. The production is scheduled to commence in 2024 in Germany through a joint venture. Besides Porsche, several other companies too have invested in the company, where it raised a total of $400 million.

Lithium-ion cells have been dominating the current EV battery industry for quite some time. Despite its efficiency proved, there are other battery technologies that are cheaper and more efficient compared to lithium-ion batteries. Several automakers have been exploring the different types of battery technologies in an attempt to reduce their electric vehicle production cost, which would make the EVs more affordable for consumers and help the automakers to increase sales volume.

With Porsche being one of the frontrunners in the luxury electric car race, it aims to grab a sizeable chunk of the segment. The investment of $100 million in the company to explore potential and develop the lithium-silicon batteries come as part of that strategy. Porsche aims to be a major player in the electric car market in the next decade. The auto company has already introduced its first-ever electric Taycan which comes as one of the bestselling electric luxury cars in the world.