Ola announced last year an investment of ₹2,400-crore for setting up its first electric scooter factory in Tamil Nadu.The launch of the electric scooter is in line with Ola's global vision of moving mobility into a more sustainable, accessible and connected future.
By : PTI
| Updated on: 26 Jun 2021, 04:45 PM 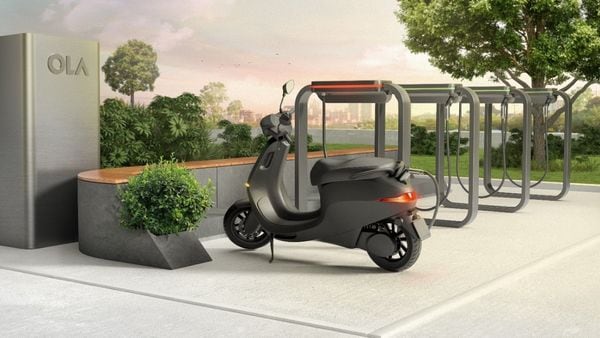 Last year, Ola had announced a ₹2,400-crore investment for setting up its first electric scooter factory in Tamil Nadu. "In just four months, this place has transformed from acres of empty rock land to the world's largest 2W factory. The Ola Futurefactory phase 1 is nearing completion! The scooters are coming soon! Great work by team @OlaElectric," Aggarwal tweeted.

He also shared a picture of him from the factory site. Upon completion, the factory will create nearly 10,000 jobs and is expected to be the world's largest scooter manufacturing facility that will initially have an annual production capacity of 2 million units.

While the company is yet to disclose the pricing and specifications of its e-scooter, Ola has stated that it is working on setting up a 'Hypercharger Network' to include one lakh charging points across 400 cities. Aggarwal had earlier said that the e-scooter was likely to be launched in India in July this year, and that Ola Electric would look at taking the vehicle to international markets, including countries like France, Italy and Germany, in this fiscal as well.

The launch of the electric scooter is in line with Ola's global vision of moving mobility into a more sustainable, accessible and connected future. Aggarwal had also welcomed the recent announcement of the Gujarat State Electric Vehicle Policy, 2021 that aims to promote the deployment of electric vehicles in the state.

"The EV revolution is coming! From Karnataka in 2017 to Gujarat just this week, 21 states and UTs are now incentivising EVs to make them affordable. We're committed to accelerating this with #OlaFuturefactory and our scooter that's coming soon," he had tweeted. Last year, Ola Electric had also acquired Amsterdam-based Etergo BV for an undisclosed amount. The acquisition of Etergo was aimed at further bolstering its engineering and design capabilities in the electric mobility space.