Home Auto News Petrol Is Cheapest In This City In India, Most Expensive In Maharashtra

Petrol is cheapest in this city in India, most expensive in Maharashtra 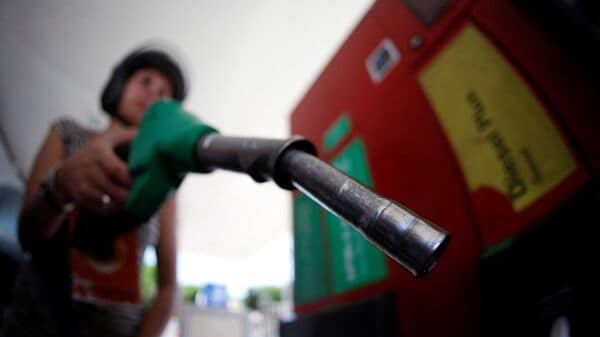 Petrol prices have shot through the roof and have been maintaining skyward movement in recent weeks.

Petrol and diesel prices have been taking a breather for the last 12 days, as prices of the motor fuels remain steady for nearly two weeks. Currently, petrol is available at the cheapest rate in Port Blair, where it costs ₹91.45 per litre. On the other hand, the most expensive petrol is sold in Parbhani in Maharashtra at ₹123.47 per litre.

(Also Read: Dreaming of an electric car under ₹10 lakh in India? Not a realistic option)

Petrol and diesel prices in India resumed daily revision on March 22, right after the results of state assembly elections were declared. Both petrol and diesel prices have been increased by ₹10 per litre through 14 back to back hikes. The central government claimed the latest series of price surges for motor fuels were announced in line with the rising crude oil prices in the international market. However, despite the drop in crude prices in the international market, the price of petrol and diesel in the Indian market didn't come down. Instead, the pricing of these motor fuels remains steady for the last 12 days in a row.

Not only petrol and diesel, price of cheaper and cleaner fuel alternative CNG too has been increased multiple times in Delhi and Mumbai in the recent times, adding pressure on motorists and common people as well. While the high rate of tax in India is being blamed by the users for such a high price, the government is yet to announce any measure to reduce taxes.