Park your Bolt EV 50 feet away from others, GM tells owners to avoid fire risk

General Motors has previously also asked Bolt EV owners to limit the charge of their vehicles to 90%.The owners have also been advised to avoid charging the vehicle indoors overnight due to the fire risk.
By : HT Auto Desk
| Updated on: 16 Sep 2021, 11:06 AM 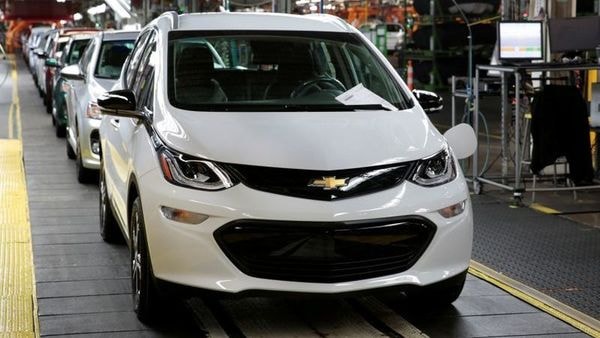 While General Motors (GM) has previously asked Chevrolet Bolt owners to park their EVs outside and away from buildings, it is now urging them to park their electric vehicles at least 50 feet away from other cars. The guideline from GM comes in order to avoid any more spontaneous fire risk caused due to the batteries in Bolt EVs.

The new guideline will disappoint the already dejected owners who have been limiting the use of their bolt EVs in order to avoid overheating of the battery. Bolt EVs are also being shunned from various parking places in the US due its reputation of causing spontaneous fire. And now, having to park 50 feet away from other vehicles will especially cause pain to those living in urban areas.

The automaker has previously also asked Bolt owners to limit the charge of their EVs to 90%, plug in more frequently and avoid depleting the battery to below about 70 miles of remaining range. They have also been advised to park their vehicles outside immediately after charging and not leave them charging indoors overnight.

GM has already confirmed at least 10 incidents of fires caused due to Bolt EVs. The US National Highway Traffic Safety Administration, however, has found 13 such cases, but the company hasn't confirmed the additional three. The automaker has recalled all of the roughly 142,000 Bolts that it has sold since 2016 due to the fire risk posed by the batteries inside these electric vehicles. GM has taken a $1.8 billion charge so far for the cost of the recall and has been buying cars back from some disgruntled owners.

The auto company is also actively working with the battery-provider LG Corp to clean up the manufacturing process at its battery plants and implement some quality metrics. Both the companies have been working on tracking down and fixing the problem of fire in these vehicles.