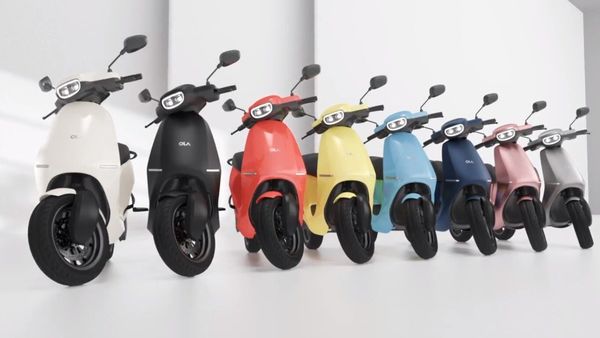 Ola Electric scooters come in two variants -S1 and S1 Pro. While the former is priced at ₹1 lakh, the latter comes for ₹1.30 lakh (ex showroom, before state subsidies).

Ola Electric has completed 20,000 test rides for its S1 and S1 Pro electric scooters and the company now aims to conduct 10,000 test rides in a day starting this month across 1,000 cities. The company commenced what it calls the country's largest EV test drive program in early November although delivery timelines have bee pushed back from what had been previously announced.

The EV company's CEO Bhavish Aggarwal took to Twitter to share the news about test rides, saying, “We just completed 20,000 test rides! Amazing work by the team in the largest such initiative ever in India, maybe even the world."

While an achievement, many who have booked the Ola Electric scooter are wondering about the delay in delivery timelines.

A Twitter user commented on Aggarwal's post, asking about the delivery timeline of the electric scooter. The user wrote, “We have paid full payment to you on 11 november and schedule delivery was before 30 November....is there a chance to get by this month also or you will be postponing one more time." As per an earlier report, Ola Electric has postponed the scooter deliveries to mid or late December.

We just completed 20,000 test rides! Amazing work by the team in the largest such initiative ever in India, maybe even the world.

We will get to more than 10,000 test rides a day in Dec across 1000 cities! #JoinTheRevolution @OlaElectric pic.twitter.com/yeofFvFcvJ

The first batch of deliveries were earlier expected to take place between October 25 to November 25, but it will now likely take place between December 15 and December 30. The company had reportedly sent out a mail to the customers who have booked a unit of the e-scooter, stating that the delay in deliveries is unavoidable.

Ola e-scooters come with three ride modes - Normal, Sport and Hyper. It gets features such as a large display screen with an Android-based OS, app control, speakers, USB point for charging and a large under-seat storage space.