Road fuel sales in the UK slid for a fifth week to the lowest since July.Next week’s US election promises more volatility before an OPEC+ meeting at the end of November, when members will decide whether to delay the planned easing of output cuts.
By : Bloomberg
| Updated on: 30 Oct 2020, 10:52 AM 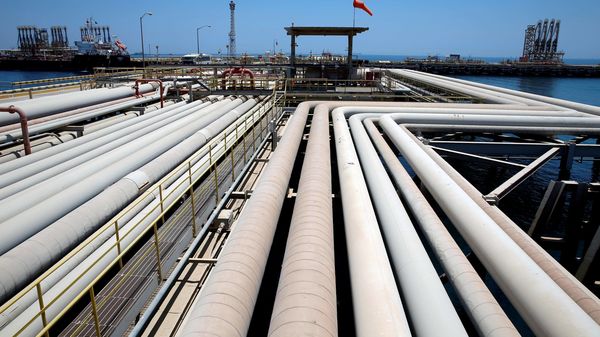 Oil is poised for the biggest monthly slide since March on concern a resurgent pandemic in the U.S. and Europe will keep people hunkered down, crimping demand for auto and aviation fuel.

Futures have tumbled 9.8% this month in New York and they’re near the lowest since late May in London. Infections surged to a record in the U.S. Midwest, while parts of Europe tightened restrictions to stem second waves. Meanwhile, the return of Libyan supplies added to concerns of a crude glut.

Road fuel sales in the U.K. slid for a fifth week to the lowest since July. Most European airlines trimmed regional capacity for November and December, while rising infections in the U.S. may thwart plans to increase capacity through year-end, according to Bloomberg Intelligence analysts George Ferguson and Francois Duflot.

“It’s all about Covid-19 now and its impact on consumption," said Jeffrey Halley, a senior market analyst at Oanda Asia Pacific. “There is a realization, now that Covid-19 is headed well into the second wave in Europe, that the recovery won’t be as linear as the market has been pricing in. There will be a consumption hit from Europe for sure as we head into the winter."

Next week’s U.S. election promises more volatility before an OPEC+ meeting at the end of November, when members will decide whether to delay the planned easing of output cuts. The head of Saudi Aramco’s trading arm said demand may be insufficient to absorb more OPEC+ crude.

“The market may move lower again next week," Oanda’s Halley said. “Any action to support oil has to come on the supply side from OPEC+."

The growing nervousness over supplies is being reflected in oil’s market structure. Brent’s three-month timespread was $1.46 a barrel in contango -- where prompt prices are cheaper than later-dated ones. The widest contango in a month indicates rising fears of a glut.

The European Central Bank is gearing up for a new stimulus package in December as renewed lockdowns threaten a double-dip recession, but an aid package in the U.S. will likely to have to wait until after the Nov. 3 election, with prolonged negotiations failing to break an impasse.

Exxon Mobil Corp. became the latest company to succumb to the virus-driven demand crash. The oil major plans to slash its global workforce by 15% by the end of 2022 as it struggles to preserve dividends.