Compared to Q1 of 2019, the Ministry of Road Transport and Highways has more than doubled the length of highways constructed or awarded in the last four months.
By : PTI
| Updated on: 04 Sep 2020, 10:23 AM 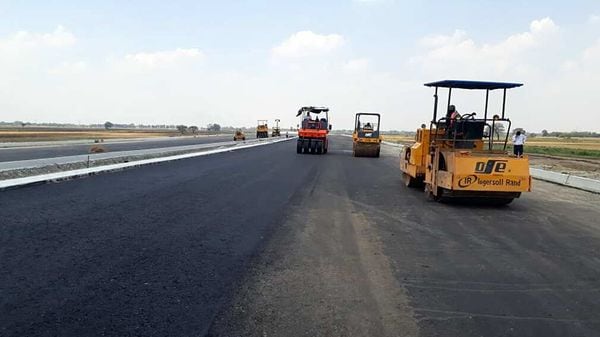 The government on Thursday said it constructed 3,181 km of national highways in April-August, surpassing the construction target of 2,771 km.

The length of national highway (NH) works awarded during this fiscal also more than doubled as compared to last fiscal, it said.

"Ministry of Road Transport and Highways (MoRTH) has surpassed its target for construction of National Highways in the country till the past weekend. During April to August this year, 3,181 kilometre NH length was constructed against the target of 2,771 km for this period," MoRTH said in a statement.

"Further, 3,300 km length of NH works have been awarded in this year till August, which is more than double of the 1,367 km during the same period last year," it said.

The ministry said sanctions were issued for construction of 2,983 km of NH all over the country during this period, which included 1,265 km by PWDs, 1,183 km by NHAI, and 535 km by NHIDCL.

Earlier this week, NHAI had said it had awarded projects worth ₹31,000 crore in the first five months of the current fiscal year, despite the challenges posed by the Covid-19 pandemic.

A total of 26 projects for building 744 km length of highways were awarded by it during April-August period of this fiscal.