Nitin Gadkari inaugurated the new national highway projects in Bihar during an event to officially open the renewed Mahatma Gandhi Setu in Hajipur over Ganga.
By : HT Auto Desk
| Updated on: 08 Jun 2022, 09:14 AM 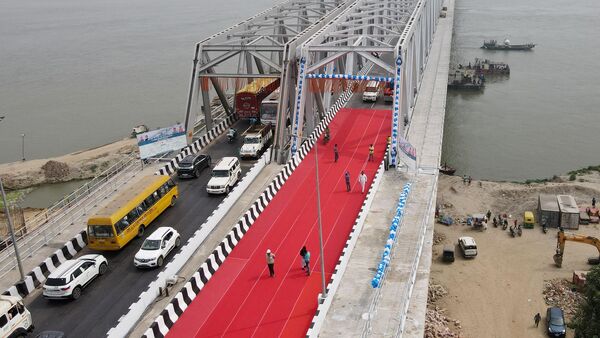 Nitin Gadkari, Minister for Road Transport and Highways, has laid foundation to 15 new national highways in Bihar. Gadkari inaugurated these projects which will be built at a cost of ₹13.585 crore. The inauguration took place during an event to throw open the newly revamped Mahatma Gandhi Setu in Hajipur over River Ganga.

Among the projects that have given a green signal is the Chhapra-Gopalganj section. The two-lane stretch, which has four bypasses, will help traffic of the highway to bypass the city to reduce traffic jams. The route from Umagaon will connect the religious places of Uchhaith Bhagbati and Mahishi Tarapith. The six-lane 70-km highway between Aurangabad and Chordaha will also improve connectivity of Bihar with Uttar Pradesh, Jharkhand and West Bengal.

Gadkari said a 124-km four-lane greenfield expressway connecting Munger, Bhagalpur and Mirza Chowki will help farmers of the region to deliver crops across the country. The upcoming two-lane road on NH-80 will also help connectivity between Bihar, Sahibganj and Assam.

The new national highway projects will help National Highway Authority of India (NHAI) to achieve its target set by Gadkari. The Union Minister recently set a target to build 60 kilometres of highway per day in the country. According to his ministry, India added 38 kms of highway every day even during the coronavirus pandemic.

The 5,750-metres-long Mahatma Gandhi Setu was inaugurated in 1982 by former Prime Minister Indira Gandhi. It was then India's longest river bridge. After the Centre approved reconstruction, the bridge underwent repairs from 1999 to 2016. The cost of the reconstruction was ₹1,742 crore.