Nissan cut its full-year profit outlook last week and scrapped its year-end dividend payout, slipping to fifth place by market value among Japan’s automakers.
By : Bloomberg
| Updated on: 18 Feb 2020, 09:00 AM 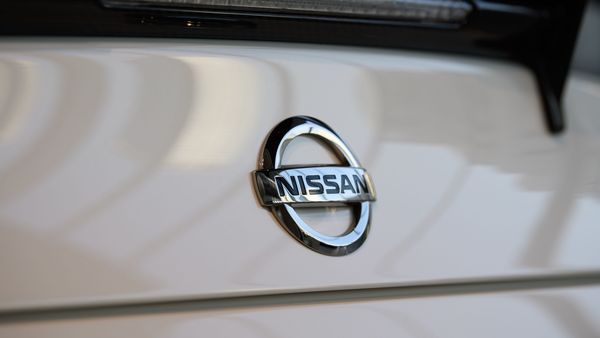 The Nissan Motor Co. badge is displayed on a GT-R Nismo vehicle displayed in a showroom at the company's headquarters in Yokohama, Japan, on Thursday, Feb. 13, 2020. Nissan cut its full-year profit outlook for the second time in as many quarters and scrapped its year-end dividend, renewing concern about the troubled automake's ability return cash to investors, especially top shareholder and partner Renault SA. Photographer: Akio Kon/Bloomberg

As Nissan Motor Co.’s shareholders meet Tuesday to place new management on the board, the backdrop is looking grim. Sales and profitability are declining, a turnaround plan isn’t due for another three months and the stock is hovering near decade lows.

The scheduled vote will add Chief Executive Officer Makoto Uchida, Chief Operating Officer Ashwani Gupta, Executive Vice President Hideyuki Sakamoto and Renault SA director Pierre Fleuriot as directors in what essentially is a swap with their executive predecessors. The proposals at the meeting, which starts at 10 a.m. in Yokohama near Nissan’s headquarters, are all but assured to pass with the support of the French carmaker, which owns 43% of its Japanese partner.

Nissan has been mired in near-constant turmoil since the November 2018 arrest of former Chairman Carlos Ghosn on charges of financial misconduct. Hiroto Saikawa, Ghosn’s successor and accuser, stepped down over issues of his own compensation, and a key executive who was supposed to form a triumvirate with Uchida and Gupta stepped down in December. The makeup of the board also could determine the course of Nissan’s fraught relationship with Renault.

“A visible improvement is yet to come as Nissan needs to maintain high level of research and development spending to stay competitive," Bloomberg Intelligence analyst Tatsuo Yoshida said. “Amid sluggish major automobile markets globally, the coronavirus outbreak adds another challenge to Nissan’s turnaround."

Nissan cut its full-year profit outlook last week and scrapped its year-end dividend payout, slipping to fifth place by market value among Japan’s automakers. The carmaker’s stock is down about 21% this year after halving during the prior four years.

By slashing its dividend payment to the lowest level since 2011 and pursuing a plan to cut 12,500 jobs globally, Nissan is trying to free up cash for investment in the next-generation technology needed to stay competitive in electric vehicles and self-driving cars. Uchida has promised a detailed mid-term plan in May.

One key element to watch at Tuesday’s meeting is how much of a mandate Uchida will win among shareholders, based on the vote tally. That could affect how aggressively Uchida and the management team are willing to move on restructuring measures.

Saikawa, as well as Yasuhiro Yamauchi, a Nissan veteran who served as interim CEO last year, will formally step down from the board at Tuesday’s meeting.