Formula E electric championship will introduce its next generation or Gen3 era of more powerful and faster cars in 2022-23 for its ninth season.Nissan aims to embark on the electric journey to showcase features that would encourage consumer adoption of its EVs.
By : HT Auto Desk
| Updated on: 24 Mar 2021, 05:35 PM 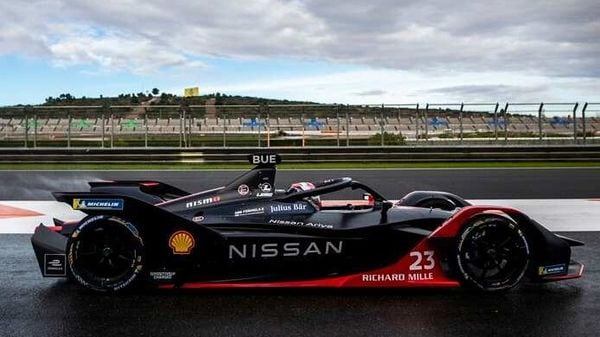 Nissan Motor announced on Wednesday that it will stay in the all-electric Formula E championship till at least the end of 2026. The automaker said that it aims to embark on the electric journey to meet its technology transfer goals and showcase features that would encourage consumer adoption of its EVs. "We aim to design and build electric vehicles that transform the way communities connect and move," the company's COO Ashwani Gupta said.

The electric championship will introduce its next generation or Gen3 era of more powerful and faster cars in 2022-23 for its ninth season. "For Nissan, Formula E helps us bring excitement, energy and the environment to the forefront as we deliver this vision of the future to an ever-growing, new, young and diverse audience," Gupta added. This comes as the Japanese automaker aims to make it big in the electric vehicle space and curb its carbon emissions by electrifying all of its new offerings by the early 2030s.

We’re delighted to announce @Nissan is continuing to bring its electrification strategy to life by extending its commitment to @FIAFormulaE into the Gen3 era, as we continue to show our expertise in electric vehicles 🏎️ 🙌#NissanFormulaE #FeelElectric #IntelligentMobility pic.twitter.com/Y4odbMdTTm

Before being rebranded as Nissan in 2018, the team entered the inaugural Formula E championship as Renault. That season, Swiss driver Sebastien Buemi finished as runner-up that season.

The 2021 season of the Formula E started at the end of February with two races in Saudi Arabia. 12 teams will be a part of the seventh season of the electric race series that will go in till June.

Other car manufacturers that have committed to the all-electric race series until the end of 2026 include Citroen's DS brand and Mahindra. However, manufacturers including BMW and Audi had late last year announced their departures from the championship after the season. Mercedes, that has a dominant position in Formula One and that also has a Formula E team, had indicated that it would be staying but wanted to see costs cut. Other major carmakers that are a part of the series include Porsche and Jaguar.