Nikola founder beseeches investors to use warrants or lose them

Nikola founder and chairman, Trevor Milton, called out holders who haven’t handed over their warrants and urging them to use a loophole for securities held in custodial or stock-broker account.
By : Bloomberg
| Updated on: 25 Aug 2020, 10:08 AM 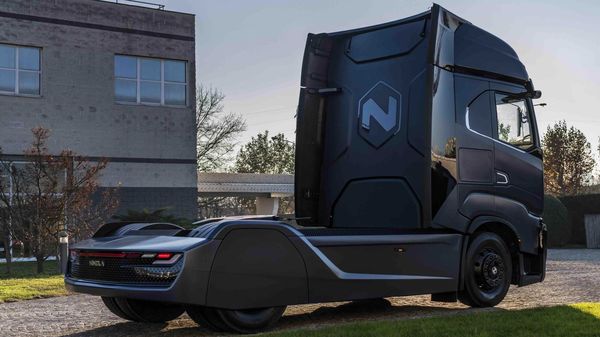 Electric-car startup Nikola Corp. is anxiously urging stragglers to exercise their right to buy shares -- even after a deadline for exchanging warrants has passed.

The maker of battery-electric and hydrogen-fuel-cell big rigs took steps in June that would enable it to force investors to redeem their warrants early after a surge in its share price following its merger with a blank-check company on June 4. Nikola has said the proceeds will help boosts its limited cash on hand as it moves to make good on plans to launch its first vehicles.

Its social-media savvy founder and chairman, Trevor Milton, posted a series of videos to his Instagram page earlier Monday calling out holders who haven’t handed over their warrants and urging them to use a loophole for securities held in custodial or stock-broker accounts.

Each of the warrants allowed investors to buy one share until 5 p.m. New York time on Aug. 21 at which point they would expire and become worthless. However, the company’s filing provided two extra business days -- until 5 p.m. Aug. 25 -- for those with accounts held by brokerages or custodians.

Nikola has said it expects to add as much as $265 million to its balance sheet from the warrant-linked stock purchases. That would give a boost to the $707.3 million of cash and cash equivalents, including $8.9 million of restricted cash, it had as of the end of the second quarter.

Milton tweeted Monday that 22.64 million out of 23 million warrants had been exercised, generating $263.5 million of total proceeds so far for the company. That implies some 400,000 warrants are outstanding. Nikola did not respond to a request for comment.

In one of his Instagram posts, Milton chastised holders who didn’t know how warrants work and their accelerated expiration date. “You guys should have known that those warrants were expiring. If you don’t understand warrants please don’t ever invest in them."

He also urged recalcitrant investors to reach out directly to the stock-transfer agent for Nikola’s warrants. “Settle up with Continental and get your warrants converted. Do that right now."

Continental Stock Transfer & Trust Co. did not specify how many of those eligible for the extra time had failed to exercise their warrants by Aug. 21. It has notified the Depository Trust Company that the two day grace period is available to all brokerages.

“All the calls we have gotten this morning, except one, relates to a single broker," said Michael Mullings, Continental Stock’s chief compliance officer.