Tesla-rival Nikola will build the garbage trucks at a factory under construction in Coolidge, Arizona.Nikola has not yet revealed the price of these e-garbage trucks but are expected to be under $500,000.
By :
| Updated on: 11 Aug 2020, 08:10 AM 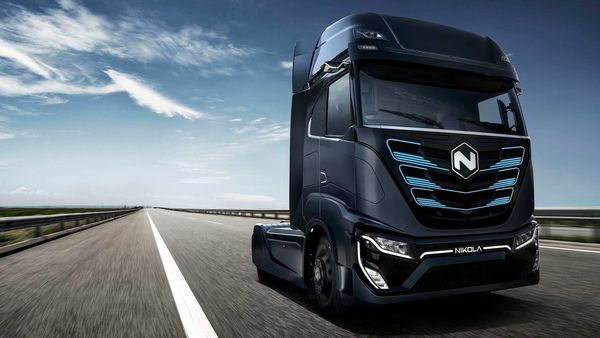 Nikola Corp.’s deal to supply battery-powered garbage trucks to sanitation heavyweight Republic Services Inc. sent shares of the electric-vehicle startup soaring more than 20% on the sign of demand from a company that has yet to produce its first vehicle.

The two companies said Monday Nikola will build at least 2,500 battery-electric refuse trucks for Republic starting in 2023, in what they described as a binding contract. Terms of the agreement for as many as 5,000 trucks were not disclosed.

“We are going to buy these trucks over time," Jon Vander Ark, Republic Services’ president, said on a call with reporters. “This is effectively double any previous commitment we have made."

The deal comes as the first of several goals Nikola identified last week after it reported disappointing earnings that left many analysts puzzled about who will buy the alternative-fuel vehicles it has committed to launching. The company also has said it plans to announce a partner that will make its first pickup truck and detail plans for a hydrogen fueling network.

Nikola will build the garbage trucks at a factory under construction in Coolidge, Arizona, where it broke ground last month. The power train, chassis and electronic axle will be shared with an upcoming battery-electric semi truck, known as the Nikola Tre. The body and cab will also be built by Nikola with a design licensed from an unnamed third party.

Nikola’s founder, Trevor Milton, said the company could ship prototypes for on-road testing to Republic by the end of next year. “This industry is the harshest industry out there but there’s no better industry for electrification," Milton said.

The companies did not disclose how much Nikola will charge for each truck, but Milton said it will be less than $500,000 each, sufficient to provide his company with “good margins." Vander Ark said Republic will not make a deposit for its planned purchase.

The country’s second-largest waste hauler expects California and Arizona to be the first markets in which the trucks will operate due to local demand for electric-powered vehicles and state incentives that can accelerate their deployment.