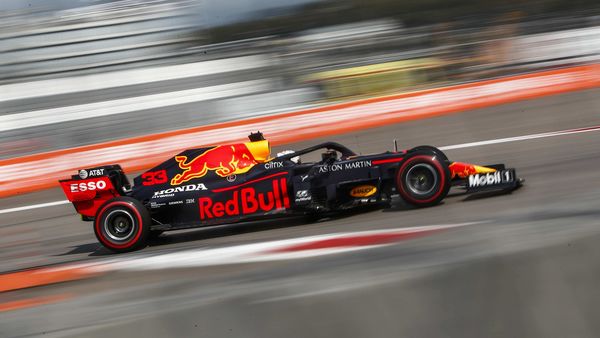 The move means Formula One will still have four different engines competing next year -- Mercedes, Ferrari, Renault and Red Bull's.

Red Bull have formed their own powertrain company and will continue to race from 2022 with engines using Honda technology, the Formula One team said on Monday.

Honda, who are engine partners to Red Bull Racing and Italy-based sister team AlphaTauri, announced last year they would be leaving the sport as a power unit manufacturer at the end of 2021 to focus on zero-emission technology.

Monday's announcement comes after Formula One teams and manufacturers agreed last week to "freeze" power unit development from the start of 2022.

The agreement with Honda covers the duration of the freeze, which will run until the sport introduces the next generation of power units in 2025.

"We were understandably disappointed when Honda made the decision to leave the sport as an engine manufacturer...but we are grateful for their support in facilitating this new agreement," said Red Bull team boss Christian Horner.

"Honda has invested significantly in hybrid technology to ensure the supply of competitive power units to both teams."

Red Bull Powertrains Limited will be based at the Red Bull factory in Milton Keynes, England.

Both Red Bull-owned teams won races last year and Honda, who have restored their reputation after a dismal previous stint with McLaren, have promised to develop their engines further before they depart.

AlphaTauri have Frenchman Pierre Gasly, who won at Monza last year, and Honda-backed Japanese rookie Yuki Tsunoda in their lineup.

The engine freeze was a vital part of the puzzle for the former champions, who had said they would not have been able to afford the costs of continuing to develop the Honda power unit to stay competitive.

The alternative would have been Renault, whose engines powered Red Bull to four successive drivers' and constructors' championships with Sebastian Vettel from 2010-13 at the end of the V8 era.

Red Bull fell out with Renault before switching to Honda engines for 2019 and were reluctant to go back to the French manufacturer, who supply only their own team and would have capacity.

The move means Formula One will still have four different engines competing next year -- Mercedes, Ferrari, Renault and Red Bull's.

"The establishment of Red Bull Powertrains Limited is a bold move by Red Bull but it is one we have made after careful and detailed consideration," said Red Bull's motorsport adviser Helmut Marko in a statement.