MG Motor India is all set to expand to other South Asian countries. It going to launch MG Hector SUV in Nepal soon.MG Motor India will also introduce a second EV in the country by the end of next year.
By : HT Auto Desk
| Updated on: 10 Dec 2021, 12:40 PM 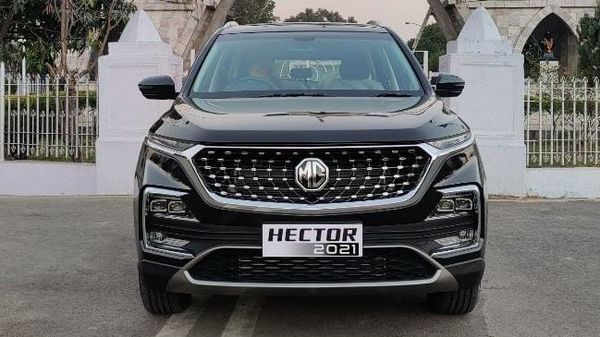 MG Hector SUV is all ready to hit the roads of Nepal soon.

MG Motor India, with an aim to expand footprint in South Asian countries, announced on Friday that it will use its facility in Halol, Gujarat to cater to markets here. The automaker stated that this expansion plan will begin with the export of the MG Hector SUV to Nepal.

Rajeev Chaba, President and Managing Director at MG Motor India, shared that the company is looking at having a wider  audience base in South Asian countries. “MG is geared up to expand its footprint across the other South Asian countries starting with Nepal. Hector has played a vital role in establishing our prowess in an auto industry as dynamic and aggressive as the Indian auto space, and we are looking forward to driving interest in Nepal with the launch of MG Hector," he added.

MG had entered India in May of 2019 with the Hector as its debut product. The Hector has managed to cash in on the growing preference for SUVs here and was followed with the launch of ZS EV, Hector Plus, Gloster and the most-recent Astor.