Daimler has dismissed the demand of two environment groups which wants it to commit to end sale of vehicles with internal combustion engines.While Mercedes-Benz has firm plans to go electric, Daimler says the demands made are unreasonable and that they are ready for a legal battle if it comes to it.
By : HT Auto Desk
| Updated on: 04 Sep 2021, 10:33 AM 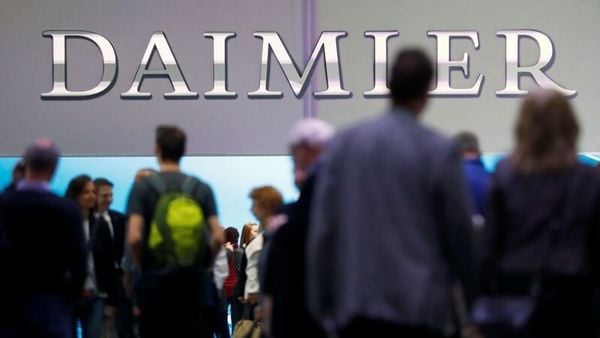 Mercedes-maker Daimler has dismissed a “cease and desist" demand from two environment groups to commit to ending the sale of combustion engine vehicles. Lawyers for Greenpeace and the group Deutsche Umwelthilfe warned Daimler, Volkswagen and BMW of lawsuit unless they sign a legal pledge to not make any new vehicles with internal combustion engines by end of this decade.

Both the environment groups have argued that the automakers are bound by the same rules as the governments to clamp down greenhouse emissions. The luxury automaker retaliated by saying that the demand of the groups has no basis. “If it comes to a lawsuit, we will use all legal means to defend ourselves," the company was quoted saying in reports. Earlier Daimler had said it is committed to the goals of the 2015 Paris climate accord. It also aims to make its entire vehicle fleet climate neutral by 2039, more than a decade before current European Union rules require.

Earlier in the year, Mercedes-Benz had announced that it will go all-electric by 2030. It had also said that it will introduce as many as four fully electric cars by the end of this year. The company has planned to bring in SUV versions of EQE and EQS by next year and by 2024, respectively.

Mercedes also has plans to launch the first full-electric G-Class. CEO of Daimler AG and Mercedes-Benz AG Ola Kallenius had said that with the tipping point getting closer, the brand is ready to switch to electric-only by the end of this decade. “By managing this faster transformation while safeguarding our profitability targets, we will ensure the enduring success of Mercedes-Benz," he added.

In a recent report, Mercedes-Benz also announced that it has joined hands with Swedish steel manufacturer SSAB to produce cars using use fossil-fuel-free steel in the future.

(With inputs from Associated Press)