The eye makeup of the model in the Mercedes ad video was blamed by netizens to reflect Western stereotypes about Asian people.In a similar incident of public backlash, in 2018, Mercedes-Benz apologized for quoting the Dalai Lama on Instagram.
By : HT Auto Desk
| Updated on: 30 Dec 2021, 11:43 AM 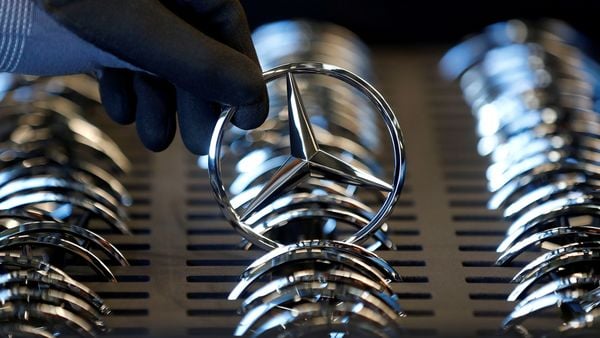 Mercedes-Benz has removed a video advertisement from its Chinese social media website Weibo after the clip triggered a national debate in the country over the depiction of Asian-looking features by foreign companies. The eye makeup of the model in the video was blamed by netizens to reflect Western stereotypes about Asian people, Bloomberg reported, citing Chinese state media.

A report from the the Communist Party’s Global Times publication included a a screenshot of the video showing a woman who is apparently Chinese. The makeup of the female model looked like slanted eyes, leading to discussion about stereotypes about Asian people.

(Also read | Mercedes-Benz EQB gets a 5-star rating from Euro NCAP, an inch close to EQS)

Mercedes-Benz has become the latest target of consumer nationalism in China joining the list of companies such as Dolce & Gabbana, Hennes & Mauritz and others. In November, Christian Dior SE stopped using a photo of a model that state media said was “smearing Asian women." After which, Chinese company Three Squirrels Inc. apologized for ads featuring model Cai Niang Niang wearing makeup that accentuated the slant of her eyes, the report stated, citing the South China Morning Post.

In a similar incident of public backlash, in 2018, Mercedes-Benz apologized for quoting the Dalai Lama on Instagram after being criticized by the Global Times. The automaker had attached a quote from the Tibetan spiritual leader to a post showcasing a sleek luxury model, saying, “Look at situations from all angles, and you will become more open."

In a separate developement, Mercedes-Benz parent Daimler last week said that it would slash its stake in the Denza electric-car joint venture with China’s BYD due to years of weak sales. Now, BYD will own 90% of the business and Daimler 10% after an equity transfer. The companies plan to complete the process in mid-2022.