The accused reportedly got the stolen vehicles dismantled in Bulandshahr and sold the parts in the black market.
By : HT Auto Desk
| Updated on: 22 Jun 2022, 08:12 AM 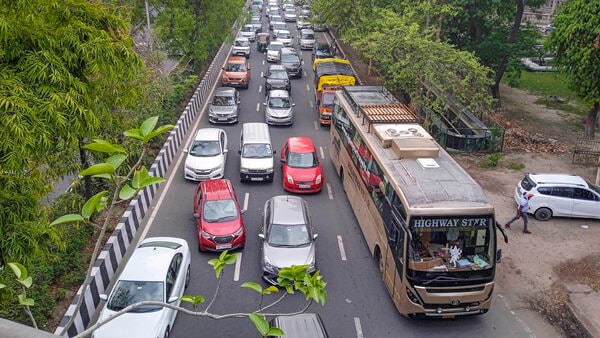 Cops in Noida recently claimed to have busted a gang that has been responsible for running a major car and motorycle theft racket across the National Capital Region (NCR). More than 150 vehicles were recovered from their possession.

As per a report in news agency PTI, cops stated that the gang operation in NCR and would steal vehicles from here before dismantling each vehicle in Uttar Pradesh's Bulandshahr. These parts would then be sold illegally in the black market. "Those arrested have been identified as Navyuddin alias Nabeenu, Tanveer Saifi, Shah Alam Rizwan and Mohit Kumar. They were held by officials of the Sector 39 police station under the supervision of ACP (Noida zone 1) Ankita Sharma," Additional Deputy Commissioner of Police (Noida) Ranvijay Singh was quoted as saying.

(Also read: Why steal cars when parts will fetch more? GTA on the rise amid chip shortage)

Police officials also said that the enforcement team recovered as many as two engines, one chassis, 74 tyres without rim, 37 tyres with rim and 11 CNG cylinders from the accused.

(Also read: Are modern cars GTA proof or should you buy a steering lock? Get basics right)

In recent times, incidents of cars being stolen has been on an uptick in many parts of Delhi and adjoining satellite cities. While vehicles as a whole are often stolen, there is also a high specific demand for alloys and LED light units that are easier to take off than an entire vehicle itself.

It is highly recommended to park vehicles in locations where there is enough lighting and preferably under the gaze of a high-definition CCTV camera. While security systems like engine immobilizer, gear locks, brake locks and alarm devices may be bifurcated by skilled burglars with nefarious intentions, it is still recommended to invest in one or more of these so that these may be a possible deterrent.