Home Auto News Why Steal Cars When Parts Will Fetch More? Gta On The Rise Amid Chip Shortage

Why steal cars when parts will fetch more? GTA on the rise amid chip shortage

Grand Theft Auto or GTA is taking on a more specific role of targeting key vehicle components that are fetching a higher price in the black market than ever before.
By : HT Auto Desk
| Updated on: 07 Jun 2022, 12:10 PM 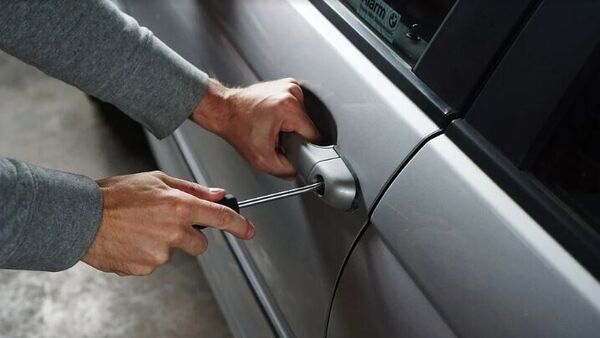 The global shortage in automotive parts, primarily semiconductor chip, has given impetus to car thieves in many countries to up their nefarious activities. And while selling stolen cars can be a big bother, stripped components are fetching a far higher price in the black market than these ever did before. Needless to say, law enforcement departments are struggling to keep track of such crimes.

The global shortage in crucial components has led to manufacturing and supply-side issues in many markets. The waiting time for new cars is often into months at the very least and up to two years in some instances. The prices of pre-owned vehicles has also increased in many countries as a result of people unwilling to wait long periods. But what about existing vehicles in global roads?

Take the case of the UK for instance. Police officials in many parts of the country have reported a rise in car thefts where the accused make off with components instead of the entire vehicle. “People will work through the night in industrial areas, and sometimes these vehicles have been stripped in a matter of hours. The parts are then being sold and the shells waiting for scrap," Superindent Jim Munro of West Midlands Police was quoted as saying in a report in The Sun. "We’ve seen issues around microchips, but also particular vehicle parts that have been troublesome for people to get hold of. Some of those parts are being sold for quite high prices due to the demand."

While number plates remain the most common of vehicle parts stolen, catalytic converters that check exhaust emissions on a car is one of the most expensive component being targeted. The presence of key metals in catalytic converters and the fact that it would only take a few minutes to strip a vehicle of it makes these highly desirable for those with criminal intentions.

As such, vehicle owners are being increasingly asked to remain vigilant and keep their cars parked in well-lit areas and preferably under CCTV feed.