Mahindra XUV700 is a part of the company's plan to launch nine new cars in India by 2026.The XUV700 SUV will come with both diesel and petrol engine options as well as both automatic and manual transmission options.
By : HT Auto Desk
| Updated on: 28 Jun 2021, 05:18 PM 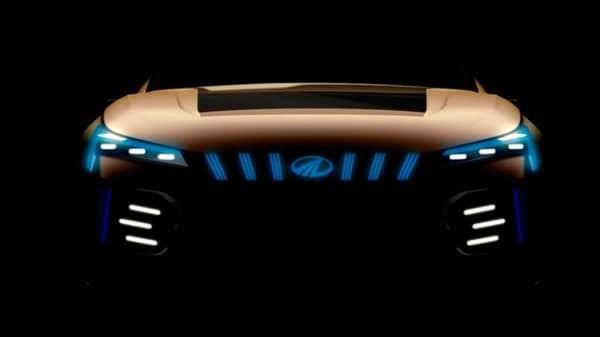 The all-new Mahindra XUV700 will be boast several segment-first features.

Mahindra's upcoming 2022 XUV700 SUV has been teased again on its social media platforms. The company has claimed in the teaser that the new SUV will get the largest-in-segment sunroof and has dubbed it as a 'Skyroof'. The teaser claims that the large sunroof will make occupants feel like they are sitting in a convertible.

In its previous teaser video, Mahindra confirmed that the XUV700 will come with a host of segment first features including the 'Auto Booster Headlamps' feature. This will be activated as soon as the SUV surpasses the speed limit of 80kmph at night. Along with this, an additional set of lamps will be activated, enhancing the front road view when driving on the highway speeds during the night.

A part of Mahindra's plan to introduce nine new cars in India by 2026, the XUV700 is based on the new W601 platform. It will be built at the company’s manufacturing facility at Chakan in Maharashtra and is slated for a launch in second quarter of FY22. The SUV will come with both diesel and petrol engine options as well as both automatic and manual transmission options. Optionally, an All-Wheel-Drive system will also be made available.

As per previous spy shots of the XUV700, the model will get C-shaped LED DRLs, new front main grille with six vertical slats, a completely remastered front and rear set of bumpers, new alloys and C-shaped wraparound LED tail lights.

Interior features expected to be included in the upcoming Mahindra SUV include a large Mercedes-style touchscreen infotainment system, a flat-bottom steering wheel, dual-tone upholstery, a fully digital instrument console, front seats with memory function, a rotary dial on the centre console and an engine start-stop button.

Other vehicles that Mahindra plans to launch in the country by 2026 include new-gen Scorpio, all-new Bolero, and the longer version of the Thar.