The Maharashtra government had in early July announced its new electric vehicle (EV) policy with an aim to have a 10 per cent share of the electric vehicles in total registrations by 2025.
By :
| Updated on: 29 Sep 2021, 07:00 PM 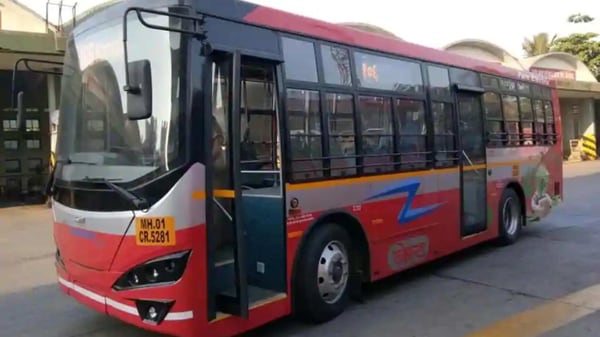 The policy includes converting 15 per cent of the Maharashtra State Road Transport Corporation fleet into EVs by 2025.

Maharashtra Tourism Minister Aaditya Thackeray on Wednesday said the state government is planning a series of consultations with stakeholders on the seamless implementation of the recently announced electric vehicle policy.

The minister, earlier in the day, visited the premises of Pune-based electric vehicle maker Kinetic Green Energy and Power Solutions Ltd to assess the potential and for further growth of the electric vehicle space, according to a statement.

The Maharashtra government had in early July announced its new electric vehicle (EV) policy with an aim to have a 10 per cent share of the electric vehicles in total registrations by 2025.

The state government, under the updated version of the EV policy announced in 2018, also wants to achieve a 25 per cent EV share in public transport in Mumbai, Pune, Nagpur, Aurangabad and Nashik.

The policy includes converting 15 per cent of the Maharashtra State Road Transport Corporation fleet into EVs by 2025, besides intending to make the state the top producer of battery-driven vehicles in the country in terms of annual production capability.

"Aggressive implementation of the EV policy is critical. The Government of Maharashtra is planning a series of stakeholder consultations to ensure that any issues on the ground are addressed rapidly for smooth implementation (of the policy)," the statement quoted Thackeray as saying.

Maharashtra is a leading automobile manufacturing hub in the country; and in the backdrop of the new EV policy for the state, it is keen to become a leading state for electric vehicle manufacturing and deployment.

The policy envisages sops for manufacturing electric vehicles and components, charging ecosystem creation and incentives to electric vehicle buyers. Under the policy, state government departments will also be mandated to procure electric vehicles for their requirements, Kinetic Green Energy and Power Solutions said.

A pioneer in the EV manufacturing space in the country, Kinetic Green has a robust in-house government-approved R&D centre. It offers a wide range of EVs, including e-three-wheelers for passenger as well as cargo applications, e-two-wheelers and a range of e-smart carts, including golf cars and buggies for tourism.

Motwani added that Kinetic Green plans to invest ₹300 crore in electric two- and three-wheelers as well as golf car model development and capacity expansion in Maharashtra, at its EV manufacturing facilities in Ahmednagar and Pune districts over the next few years.