Lucky escape? Hyundai may wiggle out of probe in home country over Apple talks

South Korea's Financial Supervisory Service is reportedly monitoring the situation but may put off an investigation.Hyundai shares had jumped by 25% on January 8 on revelations it was in talks with Apple.Hyundai has since said no talks are taking place.
By : HT Auto Desk
| Updated on: 09 Feb 2021, 05:05 PM 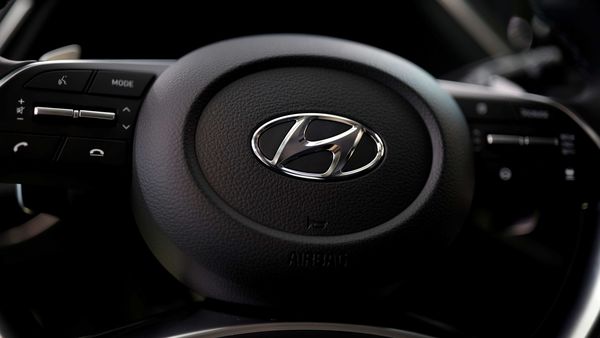 FILE PHOTO: The logo of Hyundai Motors is seen on a steering wheel on display at the company's headquarters in Seoul, South Korea.

It may have been embarrassing but it is unlikely that the fracas surrounding revelations of - and consequent pullback from - Hyundai regarding talks with Apple for collaborating on a self-drive car will have more serious complications. This after South Korea's financial watchdog said that it currently sees no cause to initiate a probe.

According to a Reuters report, an official from South Korea's Financial Supervisory Service (FSS) said that more factual evidence needs to be seen pertaining to share trading based on undisclosed information. Hyundai shares had jumped significantly - by 25% on January 8 when reports of a possible talk between Hyundai and Apple were revealed. This was the most since 1988, making the country's second-richest family richer by $2 billion. (Full report here)

Soon enough though, Hyundai Motor Corporation had to walk back on the revelation. This report even suggested concerns from within Hyundai that the car maker would be reduced to becoming a contract manufacturer for the US tech giant. But for most parts, it is reported that Apple was furious over Hyundai making the reported talks public. The company, after all, is known to strictly guard its moves.

But at a time when there has been speculation that Hyundai could face investigation over allegations of insider trading, FSS - for now at least, is not appearing keen even if it is reportedly monitoring the situation.

Reuters has also reported that as per its calculations based on Hyundai's regulatory filing, a total of 12 Hyundai Motor executives have traded about 3,400 shares worth about 833 million won ($747,152) since January 8.

For now, it is being seen as a loss of face for Hyundai Motor Group Chairman Euisun Chung who took over from his father in October. And that's that. Several analysts in South Korea, in fact, claim it is a stumble for Hyundai with the proverbial pain to image being felt most by Chung, someone who wants to increase profitability by focusing on sports utility vehicles and electric mobility.