Lockdowns, travel bans bring down road accidents in India by 35% this year 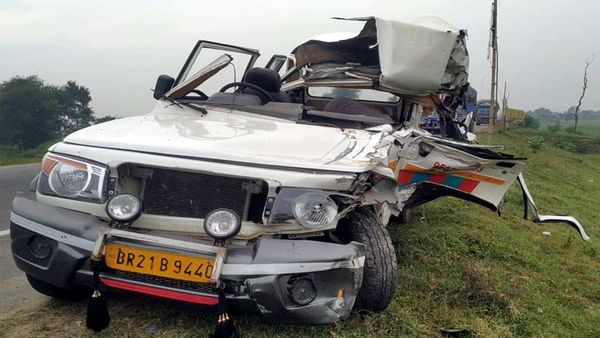 An ambulance after a road accident in Bihar. (File photo)

With cars and bikes off the roads for most part of this year, thanks to lockdowns and travel bans due to ongoing coronavirus pandemic, India has witnessed a significant drop in number of road accidents in 2020.

According to report submitted by the Ministry of Road Transport and Highways in Parliament on Thursday, India witnessed 35% less accidents on road in the first six months of this year, compared to the same period in the previous six years. Less accidents also meant less fatalities, which has come down by around 30%.

India, on an average, witnesses about 5 lakh road accidents per annum in which about 1.5 lakh people die and about 3 lakh are crippled.

On an average, nearly 2,48,000 road accidents were reported between January and June each year between 2014 and 2019. The month-wise breakup of accidents for the previous years is from annual reports on road accidents published by the ministry of road transport and highways, and annual reports on accidental deaths and suicides published by the ministry of home affairs.

The Ministry of Road Transport and Highways is also working on improved traffic system to bring down the numbers further in coming days. Union Minister Nitin Gadkari recently said that there is a need for a policy on public private partnership (PPP) model for an intelligent traffic system to reduce road accidents. He also said it is his endeavour to reduce these numbers by at least 25 per cent by the fiscal-end.

Earlier this year, Gadkari reaffirmed India's commitment to the United Nation’s goal set under the UN Decade of Action of drastically reducing road accidents by 2030.