India will bring down number of road accidents by 2030, reassures Gadkari

Road accidents constitute the most important public health concern in the country that saw over 1.51 lakh fatalities in about 5 lakh road accidents in 2018 alone.
By : PTI
| Updated on: 20 Feb 2020, 08:39 AM 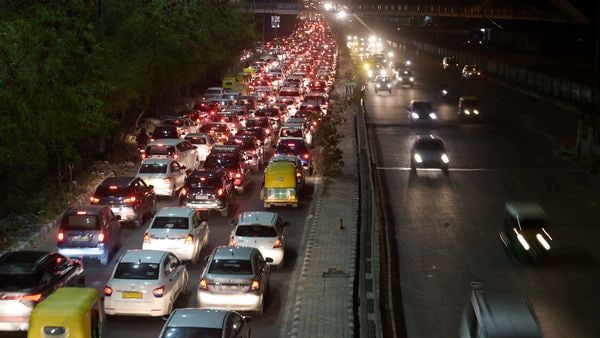 "India is collaborating with stakeholders and other agencies who are assisting us by way of strengthening the capabilities of various institutions, enhancing awareness and improving our engineering designs for safer roads," the Ministry of Road Transport and Highways said in a statement quoting Gadkari.

The government is fully committed to the safety of citizens, the minister said, adding that a large number of pedestrians, cyclists and motorised two-wheelers compete for space on roads, therefore, the road safety requirements of these vulnerable sections needs to be kept in mind while designing and developing transport strategies.

The minister pointed out that India is the largest producer of two wheelers and amongst largest manufacturer of cars in the world.

Road accidents constitute the most important public health concern in the country that saw over 1.51 lakh fatalities in about 5 lakh road accidents in 2018 alone.

"Eleven per cent of deaths due to road accident of the world take place in India alone. When translated into economic terms, estimates suggest that this has adversely affected our GDP by as much as 2-3 per cent per annum. Road accidents not only have an economic impact, but also serious implications for those involved in such crashes and their immediate families who suffer severe physical and psychological trauma as a result," he said.

The minister said India has the second largest road network in the world and the government has launched an ambitious programme for development and upgradation of roads in the country, especially the National Highways network.

He said his Ministry has been working in association with States, and vehicle manufactures for strengthening driving training.

Gadkari said the Motor Vehicles Act, has been amended for the first time in a comprehensive way after thirty years.

He said he is confident that the Act will lead to several reforms ranging from road safety, citizen facilitation, transparency, and efficiency through the use of Information Technology.

India is looking towards automated systems solutions using technology and having least human interface in its current licensing and fitness certificate regime, he said.