Lockdown 4.0: Maruti to resume operations at Gurugram plant from today

The Gurugram facility of Maruti Suzuki produces models like S-Cross, Vitara Brezza, Ignis and other light commercial vehicles.
By : HT Auto Desk
| Updated on: 18 May 2020, 11:16 AM 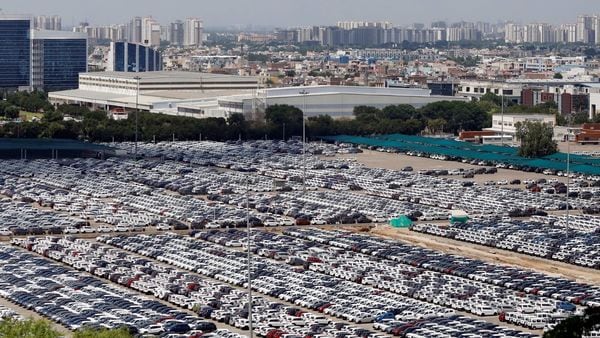 File photo: Cars are seen parked at Maruti Suzuki's plant at one of its plants in Haryana.

India’s largest carmaker Maruti Suzuki has announced that the company will resume production at its Gurugram plant from today (May 18), after resuming work at its Manesar plant last week.

Maruti had suspended production at the Gurugram plant since on March 22, when the first phase of lockdown was implemented. It has been shut for 57 days due to the coronavirus pandemic.

In a statement issued by Maruti Suzuki on Sunday, the company said it will abide by all the government regulations and guidelines for safety measures during production work at the plant.

The Manesar plant, on the other hand, produces models like Alto, Swift, Dzire, S-Presso, Ertiga and Baleno.

On April 22, the Haryana government had granted permission to Maruti Suzuki to restart its Manesar facility, but the company had said it will resume operations only when it can maintain continuous production and sell vehicles.

The Gurugram district administration had allowed Maruti Suzuki to run the facility on a single shift basis, while fixing the total number of employees at plant at 4,696.

Only about a third of Maruti's dealers have opened for business so far since lockdown restrictions were eased. "We have about one-third of our dealers which have opened so far, 60 per cent of them are in rural areas and gradually we expect the remaining 2,000 dealers to open but it will take a little time," said RC Bhargava, Chairman of Maruti Suzuki.

Last week, Maruti Suzuki announced that its March-quarter profit came down by 28% due to falling demand in the country which was hastened by the national lockdown in place since the third week of March.

Bhargava also said that challenges pertaining to maintaining supply chains persist because many component makers have their facilities in containment zones. He however remained optimistic about things looking up by the festive season. "I believe supply chains will improve gradually in the months to come. As for discounts, it would depend on market situations," he said. "New models will be introduced as has been programed from earlier. It cannot happen just like that."

Various other carmakers in India like Hyundai, Toyota, Renault and Nissan have also announced partial resumption of operations in the last few days.