Automakers globally are racing to secure deals for the future supply of key battery metals as they aim to rapidly expand sales of electric models, and amid concerns over potential tight markets for some materials.
By : Bloomberg
| Updated on: 29 Jun 2022, 08:19 AM 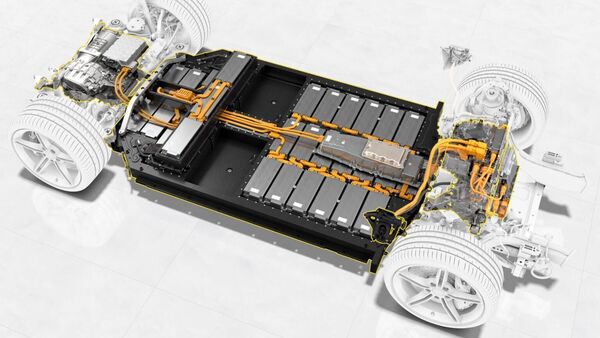 Constant development in battery tech is likely to enhance performance while possibly bringing down costs.

Liontown Resources Ltd. agreed to an initial five-year deal with Ford Motor Co. to supply lithium material from an Australian mine project that’s expected to begin production from 2024.

The plan to supply lithium-bearing spodumene from the Kathleen Valley project in Western Australia adds to earlier pacts sealed with Tesla Inc. and LG Energy Solution.

Under the deal, a Ford unit will provide a A$300 million ($207 million) debt facility, meaning the developer now has sufficient funding to bring its project into full production, Liontown said in a statement Wednesday.

Automakers globally are racing to secure deals for the future supply of key battery metals as they aim to rapidly expand sales of electric models, and amid concerns over potential tight markets for some materials. About $14 billion of investment is needed to develop planned sufficient lithium production capacity by 2025, according to BloombergNEF.

“Ford continues working to source more deeply into the battery supply chain," as it aims to deliver more than 2 million electric vehicles a year by 2026, the carmaker’s Vice President of EV Industrialization Lisa Drake said in the statement. “This is one of several agreements we’re working on to help us secure raw materials."

The auto company in April struck a non-binding agreement with Sydney-based Lake Resources NL for supply from its Kachi project in Argentina.

Perth-based Liontown’s agreement with Ford will see the miner supply an initial 75,000 dry metric tons of spodumene a year, increasing to double that volume in the final two years of the deal.

Together with the pacts with Tesla and LG, Liontown has now secured contract customers for 90% of Kathleen Valley’s initial production, and will retain the remainder for short-term or spot sales.