Land Rover Defender to Jaguar XF: The James Bond cars in No Time To Die

If it's a James Bond movie, even the car enthusiasts sit up to take note of what his latest rides are. The movie character has almost become synonymous with the brand Aston Martin. Through generations, the DB5 model from the British carmaker has been one of the character’s go-to car. In the latest movie No Time To Die, the new Aston Martin DB5 model has made a comeback, along with a few more, on which James Bond had full licence to go full throttle.

Here is a quick look, and a bit of spoiler, at the cars that feature in the latest James Bond movie No Time To Die. 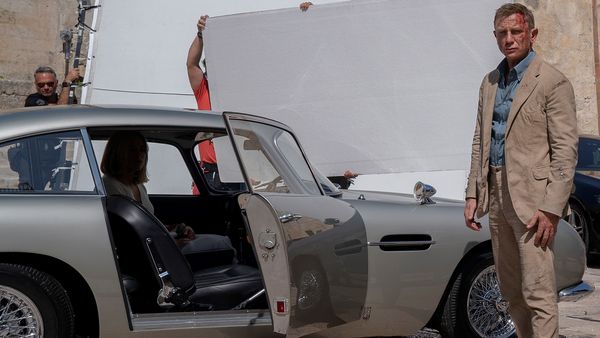 The customised Aston Martin DB5 model which was used in the movie No Time To Die is seen next to Daniel Craig, who played James Bond for the last time.

A silver Aston Martin DB5, quite a regular feature in 007 movies, plays a central role in No Time To Die as well. The DB5 is used by Bond, played by Daniel Craig for the last time, during chases on the roads of south Italy. The customised car for the movie does not disappoint with its gizmos like front gatling guns or smoke screens. 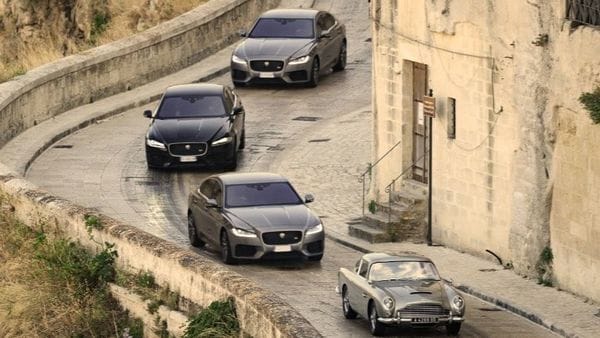 Jaguar XFs seen chasing James Bond in an Aston Martin DB5 during the shooting of No Time To Die.

Jaguar XF has also made its debut in the latest Bond movie. Two Jaguar XF cars were filmed in Matera, Southern Italy. However, these cars were used to chase James Bond, who is seen driving his favourite DB5.

Chris Corbould, No Time To Die’s special effects and action vehicle supervisor, said: “The Jaguar XF was an exciting choice for this high-intensity car sequence. We always look to push the boundaries to extreme limits in our stunts, and this extends to the capabilities of the vehicles too. There is no compromise with this particular scene. There were only inches to spare in the narrow alleyways and no margin for error, the XF shows its performance and driving dynamics."

Anna Gallagher, Jaguar Brand Director, said, “Whether it’s a high-speed pursuit through twisting streets and piazzas of Southern Italy, where the car filmed it’s No Time To Die chase sequences, or the bustling streets of London – the XF really is a car for every occasion." 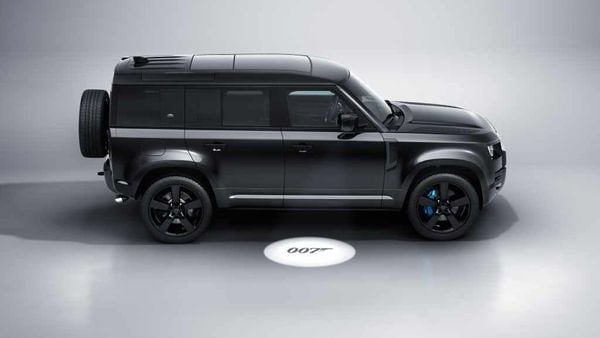 The latest model from the Land Rover also plays a key role in the movie. The trailer of the movie also showcased a series of Defender SUVs in a high speed chase where one of them flips over Bond before landing on its roof. Earlier this month, Land Rover launched a special Bond edition model of Defender just before the release of the movie. It was specially developed by Land Rover SV Bespoke to celebrate Defender’s role in 25th James Bond film. Powered by a V8 engine and available in both 90 and 110 body designs, the Defender SUV Bond Edition can pack a punch of 525 PS and 625 Nm of torque. The Defender V8 Bond Edition can accelerate from zero to 100 kmph in just over 5 seconds with a top speed of 240 kmph. 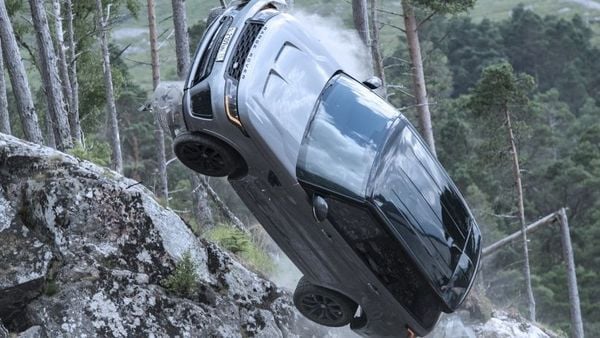 Beside the Defender, Range Rover Sport SVR also made appearance in the movie. The SUVs shown in No Time To Die feature specially tuned suspension developed by engineers at Land Rover Special Vehicle Operations. The suspension helps to deliver more responsive handling and tighter body control.

The Range Rover Sport SVR comes with a supercharged V8 engine that can generate maximum output of 575 PS. It can accelerate from zero to 100 kmph in just 4.5 seconds and has a top speed of 283 kmph, making it the fastest ever Land Rover.