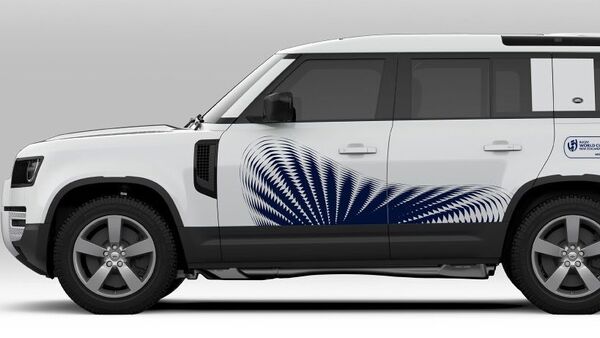 Land Rover has partnered with women's Rugby World Cup 2021, which is being played from October 9 to November 12 in New Zealand this year. A fleet of new Defender plug-in hybrid vehicles will help with the operations at the tournament. This is the first time that the new Defender will be a part of the women's game. With this move, Land Rover has expanded its 25-year commitment to supporting rugby at all levels around the world.

The British automaker Land Rover will also be the worldwide partner at the men’s edition of Rugby in 2023 and has outlined its commitment to a more sustainable future as a brand. “We are excited to fully integrate the New Defender – which combines adventurous spirit and capability with innovation and sustainability – into our Rugby World Cup partnerships, starting this year," said Laura Wood, Head of Global PR Brand and Partnerships at Land Rover.

At the Rugby championship, a youth mascot programme, called ‘Defenders of Tomorrow’ will also be launched, putting the next generation centre stage. Fifty-two youth mascots from across New Zealand and beyond will be selected through this initiative. They will be chosen based on their their passion and dedication to changing their world for the better. The selected youngsters will actively influence and determine the post-tournament legacy for Defender and Rugby World Cup 2021.

Earlier this month, Jaguar Land Rover became a part of Queen Elizabeth II’s Platinum Jubilee celebrations with 26 of its cars on Sunday, June 5. To commemorate Her Majesty's 70 years of dedicated service, the British automaker also donated a new Defender 130 SUV to the British Red Cross to support its operations in the UK. The company's representatives will work with Red Cross to adapt the Defender 130 before it goes into service.