Five-year-old Adrian Zamarripa had the time of his life inside a Lamborghini Huracan while going on a joyride.
By : Sabyasachi Dasgupta
| Updated on: 08 May 2020, 05:04 PM 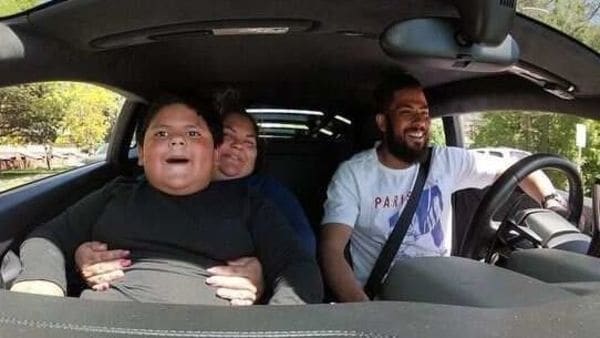 Five-year-old Adrian Zamarripa had the time of his life inside a Lamborghini Huracan. (Photo courtesy: Facebook/jeremy.neves)

Remember the five-year-old boy who was caught driving off in his family SUV to buy a Lamborghini? He is back in news. This time, Lamborghini offers are pouring in for him from owners who want the boy to take a ride in their luxury cars.

The story of Adrian Zamarripa went viral on social media across the world. And the kid was in luck soon. Within days, several Lamborghini owners offered to give the child a ride in their cars. One of them, Jeremy Neves from Orem, was so impressed by the kid’s effort that he brought his Huracan to give him a ride.

Jeremy Neves shared a post on his Facebook page saying why he chose to pamper the boy with a joyride in his Lamborghini.

He wrote, “Want to know the first thought I had when I heard this story?⁣ ⁣This kid is going to live a happy and successful life! ⁣⁣Why He knows exactly what he wants!⁣⁣ He’s willing to do whatever it takes to get it!⁣ He doesn’t let people who say 'that’s impossible' stop him!⁣ Courage to step into the unknown!⁣ Honesty! He told the police exactly what he was doing!"

Photos and videos of the 5-year-old on a joyride he dreamt of was widely shared online. He was seen sitting wide-eyed on the lap of a woman, while Neves drove him around in his Lamborghini Huracan.

On Monday, a trooper stopping a car with a suspected "impaired driver" on a U.S. highway was bemused to find the 5-year-old Adrian Zamarripa in the driver's seat.

Dashboard camera video posted by the police captures the conversation between the trooper and the driver, which has since been viewed on YouTube almost 760,000 times.

Adrian drove for about two miles on his way to California to buy a Lamborghini with just 3 dollars in his pocket.

Adrian’s family reported that his older sibling was watching him that morning. The sibling fell asleep and the boy took the keys to the SUV off a hook in their home. Fortunately, no one was hurt and no property was found damaged during his short outing.