Tesla has announced that it will layoff 229 employees working at the EV maker's office in San Mateo, California weeks after CEO Elon Musk hinted at job cuts.
By : HT Auto Desk
| Updated on: 13 Jul 2022, 09:52 AM 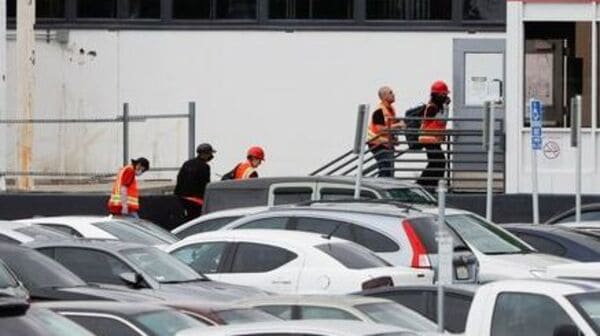 Tesla has announced that it will layoff 229 employees working at the EV maker's office in San Mateo, California weeks after CEO Elon Musk hinted at job cuts.

Tesla has announced job cuts at one of its offices in the United States late on Tuesday. The world's largest electric vehicle manufacturer has confirmed that it will layoff more than 200 people in its first such decision. Job cuts at Tesla comes weeks after its CEO Elon Musk had said that the EV maker may have to layoff about 10 percent of its workforce globally. Tesla's decision comes after another US-based EV maker Rivian Automotive announced similar move just days ago.

The job cuts at Tesla will impact one of its offices located in San Mateo in California. Tesla has decided to permanently shut down the office employing 229 workers who were involved in developing the EV manufacturer's Autopilot driver-assistant system. Tesla has been put under scanner several times by US authorities over its car crashes, which are believed to be due to faulty Autopilot system. However, there is no confirmation if that is the reason behind the job cuts at Tesla.

In June, Tesla CEO Elon Musk had said that he intends to cut around 10 percent of its workforce globally. Musk had said that he had a "super bad feeling" about the economy. A leaked email from Musk to his managers was shared by Reuters which quotes Tesla CEO saying the company has become overstaffed in many areas. However, Musk had later backtracked on his statement on job cuts at Tesla, saying that the number of workers will increase over the next 12 months. Musk had also clarified that the number of salaried individuals will remain fairly flat.

Currently, Tesla employs around 99,290 workers around the globe. Apart from having two EV manufacturing facilities in the United States, Tesla also has an EV gigafactory in Shanghai, China and most recently in Berlin, Germany. A previous report stated that Tesla is also planning to build another gigafactory in Asia and is currently in talks with the Indonesian government.