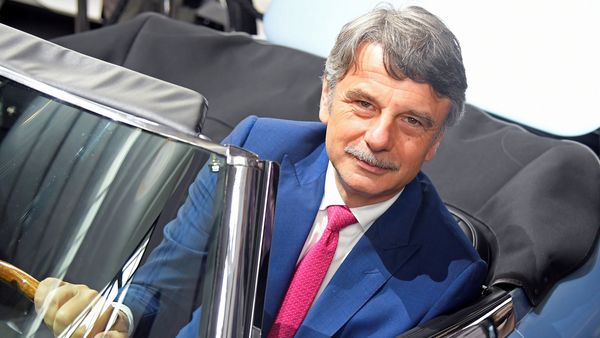 Jaguar Land Rover’s chief executive officer will step down after a decade at the helm of the British luxury carmaker, which saw him turn around a flagging business owned by Indian conglomerate Tata Group.

Ralf Speth, 64, will finish out his contract, which ends in September, but will stay on as non-executive vice chairman, Tata Motors Ltd., the parent of JLR, said in a statement Thursday. A search committee has been formed to identify his replacement.

Speth’s departure comes at a crucial time for Tata Motors, which is facing the worst-ever sales slump in its home market, making JLR even more vital for the Indian company. JLR isn’t faring well either, being forced to cut 4,500 jobs worldwide, as demand in China slows, uncertainty about Brexit persists, and the overall industry shifts to cleaner vehicles from fuel guzzlers.

Tata Motors, which bought JLR from Ford Motor Co. in 2008 for $2.3 billion, has said it’s open to finding partners for JLR to share the burden of investing in electric vehicles. Analysts at Sanford C. Bernstein last year described the unit as “severely challenged" and suggested that Tata Motors should look at BMW AG as a buyer for the division because the German company is “awash with cash."

However, the unit did show improvement in the three months ended Dec. 31, posting a profit of 318 million pounds ($414 million), a separate statement on Thursday showed. Ebitda margin for JLR expanded 350 basis points to 10.8% during the period. Profit at Tata Motors was 17.4 billion rupees ($243 million), compared with a loss of 269.9 billion rupees a year earlier.

Outgoing CEO Speth, who previously worked at Ford and BMW, will continue to be a member of the board at Tata Sons Ltd., the group holding company, according to the statement. Hanne Sorensen, a former CEO of A.P. Moller-Maersk A/S, is considered as a successor to Speth, the Financial Times reported, without saying where it got the information.

JLR will now focus on additional costs savings and cash flow improvements of 1.1 billion pounds by March 2021, after exceeding a previous target ahead of schedule. The unit still expects an EBIT margin of 3% for the year ending March this year, although the spreading Coronavirus outbreak could impact that.

“As we look forward, a few things worry me in our horizon -- the big one being the Coronavirus in China that is now developing at this point in time," P.B. Balaji, group chief financial officer at Tata Motors, told reporters on a conference call. “We’ll have to watch that very closely."

Shares of Tata Motors closed 1% down to 186.20 rupees Thursday in Mumbai. The financial results were declared after markets closed.