The Build Back Better Act worth $1.75 trillion proposes additional tex credit for electric vehicles made by union workers within the US.Canada and Mexico are vehemently opposed to this and say it is against the US-Mexico-Canada Agreement.
By : HT Auto Desk
| Updated on: 15 Dec 2021, 09:28 AM 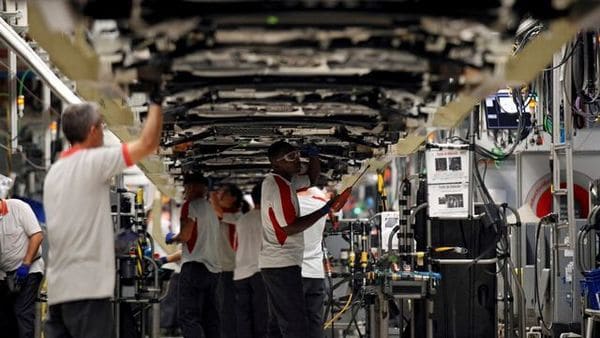 The Joe Biden administration has been pushing for electric vehicles to be manufactured in the United States and the Build Back Better Act worth $1.75 trillion has a provision according to which there would be tax credit on EVs made in the country by union workers. Canada and Mexico, however, have made their respective angst known loud and clear at what is being termed by many in these two countries as a ‘discriminatory’ move.

A buyer in the US can look forward to tax credit of up to $7,500 if purchasing an EV. But if the same EV has been union-made within US borders, there is also an additional tax credit worth $4,500. While the idea is to both popularize EVs among US buyers as well as ensure that the EV movement generates more and more jobs for Americans, Canada and Mexico aren't too pleased and cite trade agreements with the US.

Canada's Deputy Prime Minister Chrystia Freeland, in a letter to US senators, stated that Ottawa is 'deeply concerned' by the EV tax credit that has been proposed in the Build Back Better Act. The letter said that this move violets the United States-Mexico-Canada Agreement and is being seen as a major threat to the Canadian automotive industry. (Read more here)

While Canada has cleared that it will take retaliatory action if the proposal is passed, Mexico too is digging in heels for a confrontation. "This bill is not consistent with the US obligations under the TMC and the rules of World Trade Organization. We would apply trade reprisals," said Tatiana Clouthier, Mexico's Secretary of the Economy. Several American and European car makers have factories in Mexico and there is mounting concern that EVs manufactured here would lose ground against EVs manufactured by unions within the US. (Read more here)

And it isn't as if non-union auto brands are happy either. The likes of Toyota and Tesla have already made their views clear about the proposals in the bill.