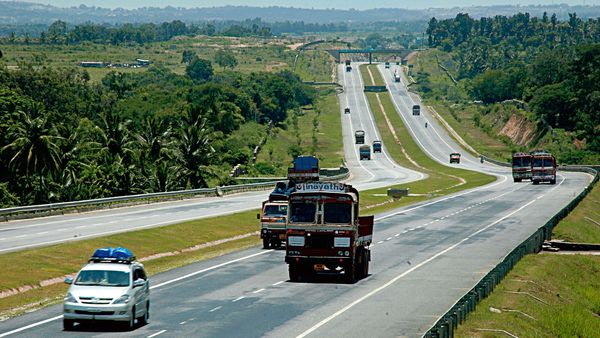 India is likely to add another one lakh kms of national highways soon to expand the network to around 2 lakh kms by 2025.

India plans to add around one lakh kms of road network to expand the national highways network in the country to around 2 lakh kms by the next four years. The mega plan was unveiled today during the inauguration of the Gati Shakti project by Prime Minister Narendra Modi.

The PM Gati Shakti project, which is pegged at a cost of ₹100 lakh crore, aims to set up a multi-nodal connectivity to various economic zones, a centralised portal to unite the infrastructural initiatives planned and initiated by as many as 16 central ministries and departments.

A part of the plan is to strengthen the national highways network as well. Under the National Highways Authority of India (NHAI), the network of highways has grown in leaps and bounds in recent years. The PM Gati Shakti plan aims to add more than 5,500 kms of four- and six-lane highways across the coastal belt of the country.

The plan also aims to link all capital cities in the seven states of the North East region with either four-lane national highways, or two alternate alignments of two-lane highways each.

National highway construction continues to grow at rapid rate in India, even during the lockdown due to the pandemic. According to the Ministry of Road Transport and Highways (MoRTH), India managed to add 1,470 kms of national highways between April and May this year. In the 2020-21 financial year, the NHAI managed to add around 4,350 kilometres of highway projects.

India has seen one of the fastest growing network of national highways under union minister Nitin Gadkari. Earlier this year, the National Highways Authority of India completed development of a 25.54 km single lane stretch of road in just 18 hours, creating a world record. The stretch that made it to the record books is situated on the four-lane highway between Vijaypur and Solapur on the NH-52.

NHAI had created another world record in February for laying the highest quantity of concrete on a four-lane highway within one day. The feat was achieved by the contractor Patel Infrastructure and entered the India Book of Records and Golden Book of World Records.